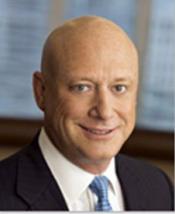 Andrew Vesey serves as Chief Operating Officer and Executive Vice President at the AES Corporation.  He currently leads the company’s global operations portfolio with businesses in 21 countries. Mr. Vesey was named Chief Operating Officer in November 2012. He is a member and chairman of the Board of Directors of several AES companies. In addition, he serves on the Board of Directors of the Organization of American States' Trust for the Americas, the Institute of the Americas, the US Philippines Society and the US Energy Association (USEA.)

Prior to his current assignment, Mr. Vesey served as Chief Operating Officer, Global Utilities leading AES businesses in 10 countries from 2011 to 2012; Executive Vice President and President for Latin America and Africa from 2008 to 2011; Chief Operating Officer for Latin America from 2007 to 2008; and Vice President and Group Manager for AES Latin America, DR-CAFTA Region from 2006 to 2007. Mr. Vesey served as Vice President of the AES Global Business Transformation Group from 2004 to 2006, where his responsibilities included enabling best-in-class performance at all AES existing assets, supporting development activities including the integration of new acquisitions, the validation of new network-based technologies and the global regulatory function.

Mr. Vesey joined AES in 2004 from FTI Consulting Inc., where he was a Managing Director of the Utility Finance and Regulatory Advisory Practice. Prior to that, Mr. Vesey was a Partner in the Energy, Chemicals and Utilities Practice of Ernst & Young LLP, CEO and Managing Director of Pty of Melbourne, Australia, and served in several senior leadership roles at Entergy and Niagara Mohawk Power Corporation.

Mr. Vesey is the co-author of Unlocking the Benefits of Restructuring: A Blueprint for Transmission, published by PUR Inc. and a contributing author to The Virtual Utility: Accounting, Technology & Competitive Aspects of the Emerging Industry, published by Kluwer Academic Publishers. He has spoken widely about electric utility restructuring, transmission and the role of new technology.

Mr. Vesey received his BA in Economics and BS in Mechanical Engineering from Union College in Schenectady, New York, and his MS from New York University.