The United States Energy Association (USEA) has been awarded a five-year, multimillion dollar cooperative agreement with the United States Agency for International Development (USAID) to support the clean, secure energy transition across Europe and Eurasia.

Two Energy Executives Appointed to USEA Board of Directors 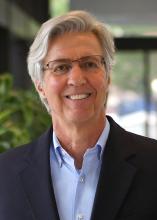 Today, USEA announced Ralph Izzo, Chair, President and CEO of Public Service Enterprise Group (PSEG), as the recipient of the 2022 United States Energy Award in recognition of his exceptional contributions to the energy industry over his three decades with PSEG... 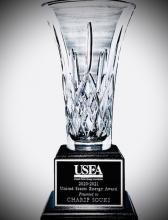 Washington, D.C. – Today, USEA announced Charif Souki, Co-Founder and Chairman of Tellurian Inc., as the recipient of the 2020-2021 United States Energy Award in recognition of his outstanding lifetime efforts to advance energy initiatives and for his support of USEA.

USEA recently published a handbook to provide a comprehensive introduction to the cybersecurity threats, vulnerabilities, and risks that modern power sector utilities face, as well as potential solutions to these concerns.

On Wednesday, USEA Acting Executive Director Sheila Hollis announced that longtime USEA Chief Financial Officer Brian Kearns has been promoted to Chief Operating Officer. He will retain the title and duties of CFO.

USEA Welcomes Two New Members to Board of Directors 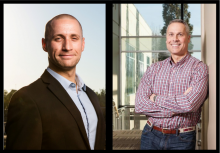 n advance of President Biden’s first address to a Joint Session of Congress on April 28th, the United States Energy Association shared the following statement. USEA is a nonpartisan, nonpolitical institution that has worked with the Federal Government for thirty years...

Washington, D.C. – Today, USEA celebrates the 51st Anniversary of Earth Day, acknowledging the lasting influence of this unique global event and commemorating all USEA members, partners, and energy stakeholders who seek to see the world have safe...

One year ago, the snow globe of our world was turned upside down and the prospect of a busy year full of business meetings, receptions, lunches, dinners, celebrations, and travel was ripped away...

Washington, D.C. – Last week, following her confirmation by the U.S. Senate, Jennifer Granholm was sworn in as the 16th Secretary of Energy by Vice President Kamala Harris. Granholm, who was the first woman elected Governor in Michigan, is the second woman to serve as Secretary of Energy.

“USEA congratulates Jennifer Granholm on her U.S. Senate confirmation as the next Secretary of the Department of Energy (DOE).

Tragically, last week, an unprecedented weather event triggered a nightmare energy crisis that left much of Texas, Louisiana, and Oklahoma in chaos after a massive winter storm knocked out vital energy and water infrastructure.