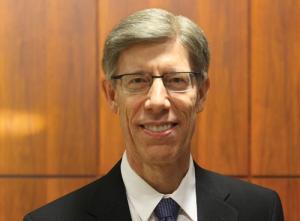 This article originally appeared in the May 2020 edition of Public Utilities Fortnightly.

Electricity markets around the world have been working to integrate fragmented systems for several decades, and it is still a work in progress. The regional transmission organizations in the U.S., Western and Central Europe, West Africa and more have achieved substantial benefits while dealing with the challenges of rapidly advancing technologies, growing distributed resources, emissions reductions, and regulatory changes.

Figure 1 shows that the eleven power systems of Southeast Europe (SEE) are now well positioned to take on this type of regional integration, as these countries are on the cusp of establishing a tailored, competitive market, one that will give customers real price transparency and stability.

The results of a recent pathbreaking study show how effective this power market integration could be.

Through the Electricity Market Initiative for Southeast Europe (EMI), formed in April 2018, the electricity systems in SEE are working in partnership with the United States Energy Association (USEA) and the U.S. Agency for International Development (USAID) to achieve eight powerful benefits from integrating their power market.

These are: Better utilization of power generation, resulting in a much more diverse mix of plants than each country has on its own (and the retirement of economically-inefficient plants); Lower capacity reserves, as plants in one area of SEE can back up those in another; Better use and transparency of the existing transmission grid to ferry electrons around the region, and substantial investment in new grid infrastructure; and Harmonization of wholesale prices as lower-cost areas exchange power with higher-cost ones, and even lower prices as SEE markets integrate with the rest of Europe.

This is the EMI's vision of the many benefits that can arise from the integration of electricity markets in SEE — for the eleven power systems and their tens of millions of customers.Additional benefits are: A more resilient system, as resources in one area can offset negative events (such as severe drought, or loss of a major transmission line) in another; Support for the transition of the six Western Balkan markets (WB6) into the European Union Emissions Trading System and the EU's Clean Energy Package; More private investment, competition, project development, new clean technologies, and emissions reductions, as cross-border opportunities expand, putting downward pressure on prices; and Diversifying the mix of energy resources, with substantial additions of renewable energy systems (RES) and natural gas generation from friendly countries.

A new EMI analysis shows that the benefits to this region by 2025 could be considerable from such integration, including improvements in social and economic welfare (SEW), wholesale power prices, and electricity transfers with other countries and regions, and these benefits could grow substantially over time. 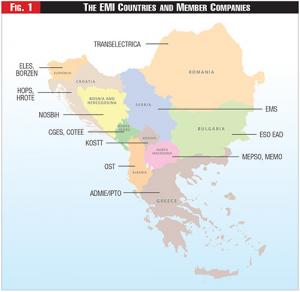 The full report is available on the USEA website, and more information on the EMI project is also available there.

Using EMI member data and a state-of-the-art model, we evaluated twelve scenarios over a wide range of SEE market integration in 2025. This included three market groupings: separated markets (SM), with no new integration; partial market integration (PMC), with four separate combinations; and full market coupling (FMC), where the market was open on all SEE borders. When countries couple, their full cross-border transmission capacity becomes available, while uncoupled countries use considerably less of that capacity.

Further, future conditions were considered such as: normal and dry hydrology; high levels of renewables; low demand growth; and all three in tandem. Exploring this range gives us confidence that the results are robust and reliable.

Full market coupling promises the greatest benefits. Figure 2 shows projected SEW benefits from SEE electricity market integration in 2025. At a minimum, the collective benefits under FMC would be impressive, from eighty million to a hundred and ninety-one million Euros, with differences from one country to the next.

We know, however, that regional integration in SEE is not necessarily a slam dunk. There are compounding factors to consider - including government policy and control; the potential impact on jobs; and the need for legislation and enabling regulations - and each country has its own priorities (see link below). Merging markets requires real effort, and the EMI serves as a catalyst for such collaboration, working with other USAID contractors and European organizations.

Regional Complexities
Let's be honest. Even with sophisticated analysis, there are challenges to bringing power market integration in SEE to fruition: Electrons need to be managed as well as markets. Read more.

Already, a number of SEE countries are actively engaged in coupling negotiations. Other measures of the impact of SEE market integration, such as wholesale prices and cross-border transfers, also show positive results by 2025, though the picture again varies by country. The impacts on wholesale prices are revealing.

First, prices fall region-wide under the baseline and dry hydro conditions, with the countries that import more electricity, such as Greece, falling the most, and prices in the largest exporters, such as Bulgaria, increasing a bit.

Second, when renewables are high, and demand is low, wholesale prices plummet ten to fifteen percent from the baseline in all groupings. This is in part because RES projects have no operating costs, and also since lower demand allows more of customers' needs to be met from lower-cost generation anywhere in SEE. On the other hand, low hydro increases prices, since higher-cost fossil fuel needs to make up for the lack of water generation.

See Figure 3 - Wholesale Electricity Prices of The SEE Region in 2025 (All Scenarios).

Cross-border transactions would also increase significantly as markets integrate. Figure 4 shows the sharp increase that occurred when Croatia and Slovenia coupled in June 2018, entirely attributable to their merger. Similar results can be expected as other couplings take place in SEE. 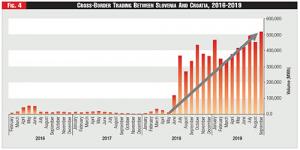 Figure 5 shows the EMI's projections for net exports in 2025 with market integration. Under all conditions, market interchange and transparency would increase markedly, especially when there is low demand and high RES (for the reasons mentioned above). Expanding transmission capacity and greater transparency in all time frames (real-time, hourly, daily) would lead to considerably more competition and trading, for customers' benefit.

Importantly, though, actual results in all these areas would be better compared to this snapshot for 2025, because: The cumulative benefits will grow substantially over time; Competition and private investment will reduce prices more, while lowering customer risk; and Full integration with Central Europe will further lower prices, which are ten to fifteen percent lower.

This also applies because: Market integration should allow a reduction in capacity reserves to ten to twelve percent (as in other markets) versus twenty percent today; An integrated system for SEE would be more resilient in fuel diversity, and better recover from disasters; and A common exchange and platform for power transactions would raise cross-border transmission capacities, and promote seamless flows from one country to another.

Having completed this market analysis for 2025, the EMI has launched an even-more ambitious assessment to evaluate the impacts of three critical factors by: Extending the analysis to 2030, by when many more market and infrastructure changes will occur; Adding substantial RES, and natural gas generation; and Determining where there is likely to be congestion, reliability, and stability problems on the grid with all these developments.

See Figure 5 - Net Exports of the SEE Region with the Rest of Europe in 2025 (All Scenarios).

In addition to all the measures of the study described here, this new work will determine what lines will need to be upgraded, both within and between countries, to accommodate this historic shift.

This work's combination of SEE market and network analysis is path-breaking and will yield keen insights into how and where to invest to accelerate the path to electricity market integration in SEE and maximize benefits for customers throughout the region and beyond.

We can achieve the eight benefits of market integration mentioned at the outset, and with the continued cooperation of the EMI members and our partners, we will achieve them soon.