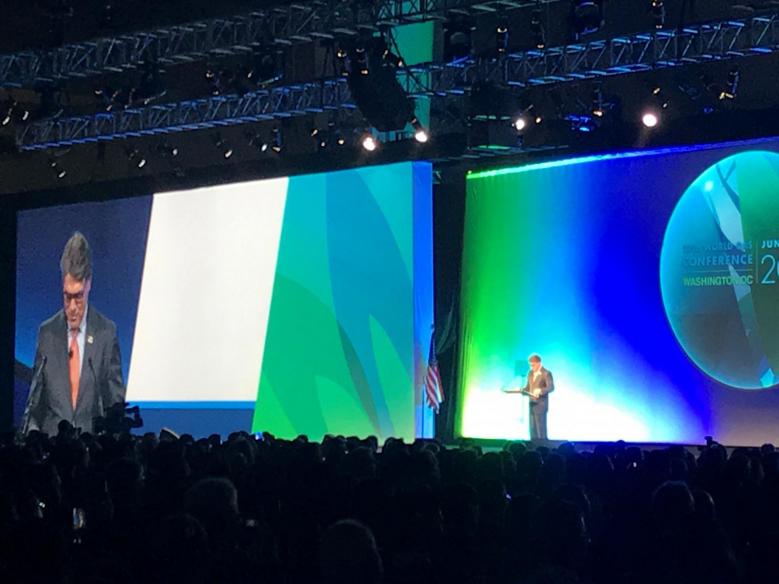 In his keynote speech opening the World Gas Conference in Washington, Perry told energy ministers, gas producers and stakeholders across the value chain that innovation and President Trump’s policies have been key to that growth.

Perry said because of natural gas, the U.S. economy is growing while the country has reduced carbon emissions 14 percent from 2005 to 2017.

“U.S. LNG is also seeing significant growth. Six LNG terminals are either operating or under construction in the United States. Both the Energy Department and the Federal Energy Regulatory Commission have worked to streamline the permitting process, which has changed the trajectory of the natural gas sector and propelled the U.S. energy industry.

“In the past year, more than 40 percent of our LNG supplies have gone to Asia and 30 percent have been exported to South America, Mexico and the Dominican Republic. America is now the largest gas producer in the world, and we believe we are on our way to becoming the world’s leading LNG exporter.

“More than a billion people across the globe have inadequate access to energy. We expect American natural gas, but also coal, crude oil, and refined petroleum products will help meet a growing global energy demand and reduce energy poverty.