USEA Briefing: Joshua Stanislowski Speaks to USEA about the Economic Benefits of CCS for EOR in North Dakota Oil Fields 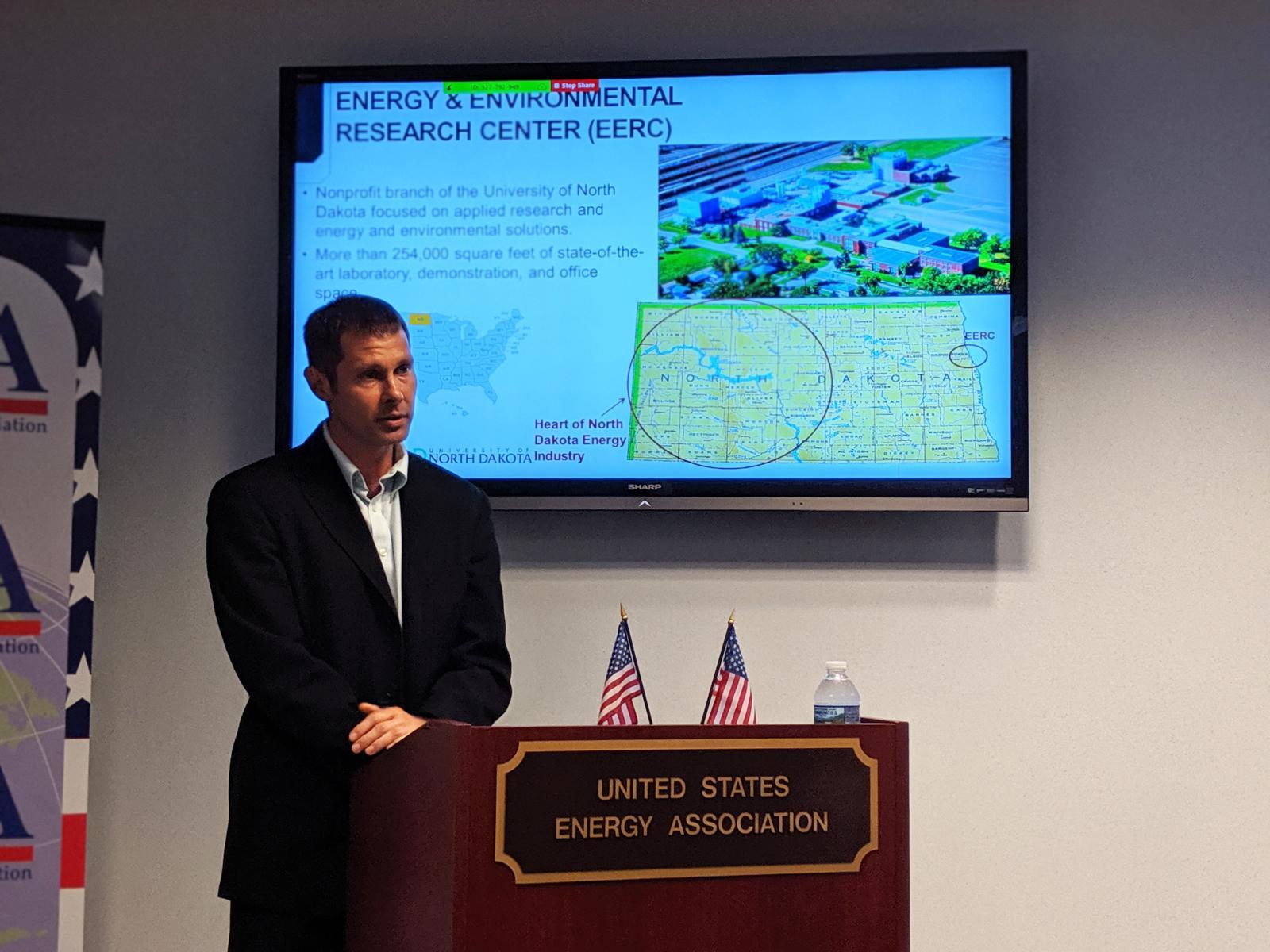 On May 30th, USEA hosted Joshua Stanislowski who spoke about Project Tundra, a study he conducted with the Energy & Environmental Research Center on the regional economic impacts of carbon capture and storage.

“We’re not trying to figure out the yes or no [on implementing CCS]” Joshua said in his opening remarks regarding Project Tundra. “The goal is to see if we did go forward [with CCS], what would be the job creation from it and the effects it would have on the economy… whether or not it makes economic sense to go forward with these modifications.”

The case study concluded that if North Dakota’s largest coal-fired power plants captured 90% of their CO2 for enhanced oil recovery operations, it would yield over $5.7 billion in economic activity for the region, and the added infrastructure would support about 14000 jobs.

The study also provided estimates of what it might cost for EOR construction and operation as well.

Under EOR, power plant emissions are captured and sent via pipe to oil fields where the carbon is injected to boost oil extraction.

Stanislowski said 90% may seem like a high percentage to capture, but because of the celebrated 45Q tax incentives for carbon capture, it makes economic sense and allows oil companies spending on capital to maximize production.”

The study found that when looking at the dollar cost per tonne a capture rate between 85% and 95% is most economical.

Project Tundra estimates that CO­2 capturing at 90% would produce around 26 million tonnes per year and over that 26 million only 13 tonnes per year would be used for enhanced oil recovery, leading to incremental oil production of around 1 billion barrels of oil.

The remaining 13 tonnes would be stored geologically, again with a tax credit of $50 per tonne thanks to 45Q tax incentives.

Stanislowski believes that it is these incentives that are going to drive oil companies to move towards CO2 based EOR technologies in North Dakota.