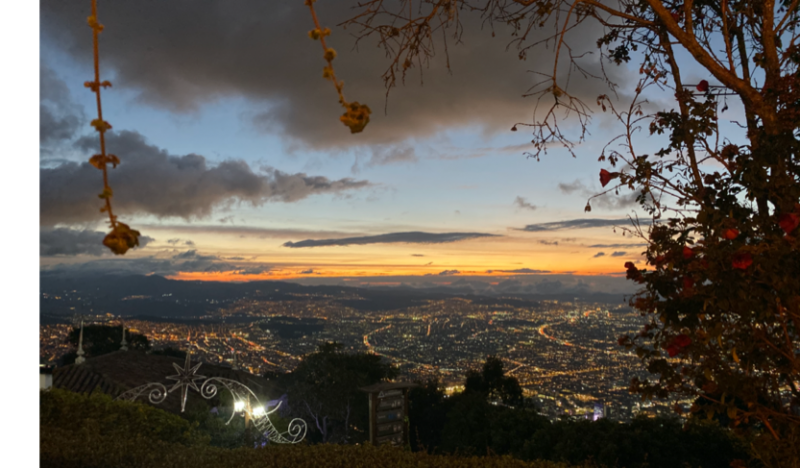 Due to recent drought years, and the falling prices of renewables, Colombian stakeholders, both within and outside of the government have become increasingly interested in incorporating renewable energy onto its grid while maintaining or improving system reliability and accommodating expected load growth. EUPP work in Colombia has been aimed at supporting Colombian efforts to achieve this goal. Capacity building activities focus on identifying needed changes in regulations, laws, internal procedures, and training, and technical assistance on forecasting, intra-day markets, reverse energy auctions, smart metering, distributed energy resources, microgrids for off-grid uses, and battery storage systems.

Colombia currently has 15 solar farms, 9 large-scale self-generation projects and more than 1,500 small-scale self-generation photovoltaic solar projects, which provide a peak capacity of 456.72 MW, but another 2.5 GW is projected to be connected by the end of 2023, and an additional 6 GW is in various stages of the project pipeline.

Following a series of workshops and discussions organized by USEA, Tetra Tech and NREL, the Colombian Ministry of Mines and Energy and the General Maritime Directorate (DIMAR) published a resolution on  offshore wind permits:

Following a series of workshops and discussions organized by USEA, Tetra Tech and NREL, the Colombian Ministry of Mines and Energy published 2 decrees regulating the production of electricity from geothermal sources:

Following a series of workshops and discussions organized by USEA, NREL and Tetra Tech, the Colombian Ministry of Mines and Energy published a decree regulating the production of green and blue hydrogen:

After multiple EUPP meetings, the Mining and Energy Planning Unit (UPME) released a request for proposal for the design, construction, operation, and maintenance of Colombia's first utility scale battery storage system and related transmission infrastructure in Barranquilla. The project, which must be able to deliver up to 45MWh over a minimum period of one hour and must include building a 110/34.5kV substation plus associated transmission and distribution lines, was awarded to Canadian Solar in July 2021. The project will reduce congestion and allow for more renewables to be integrated into the grid while maintaining reliability.

During 4 weeks of visits by U.S. grid code experts to Colombian electricity market operator XM's headquarters, coordinated by USEA, these experts discussed XM's proposed revisions to Colombia's grid code, which in turn was reqested by CREG, the electricity-sector regulator, which was in the process of updating them to regulate the connection of variable renewable energy to the grid. XM made a number changes to their proposal as a result of these discussions. Final CREG regulations were significantly impacted by the XM proposal. 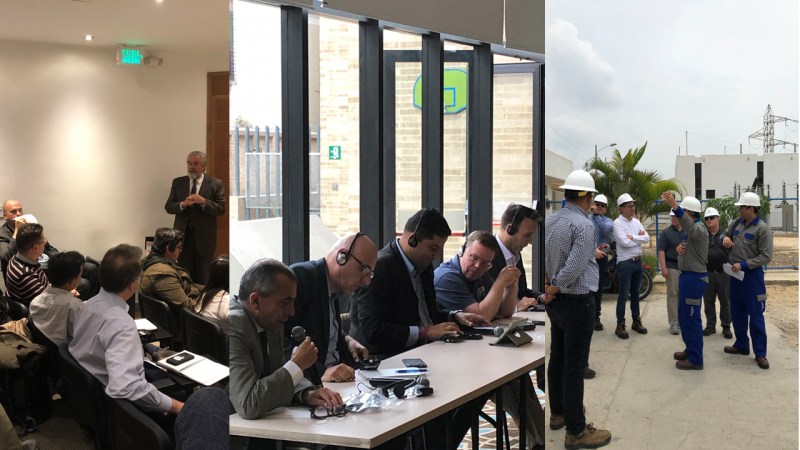 In 2020-21, EUPP helped impart an on-line course aimed at young professionals, mainly women, to enable them to develop the expertise they need to successfully support Colombia’s efforts to integrate the large amounts of variable renewable energy that are expected to come onto their grid over the next 2 years. Participants created action plans to present to their organizations that outlines changes that could assist their organization and the country as they integrate renewable energy.

IEEE certification was achieved by the 51 participants who successfully finished the course and presented an action plan.

Twenty people were certified by the IEEE in distributed energy resources after attending a one week EUPP technical training on the subject.

Three people were certified by IEEE on battery storage after attending EUPP technical training on the subject. 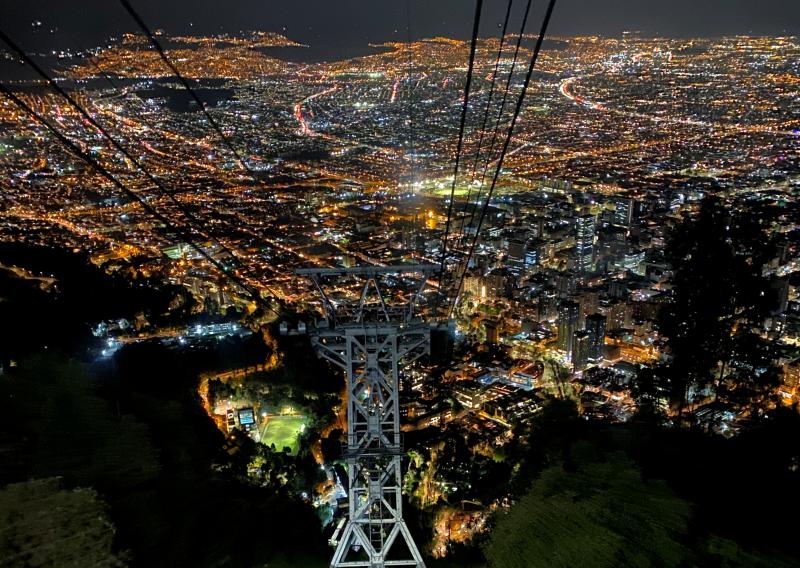 EUPP organized several activities in support of a pilot project to use battery storage to relieve transmission congestion around the city of Barranquilla, Colombia. Activities included a workshop on battery storage organized with the National Renewable Energy Laboratory (NREL), a site visit to Barranquilla to look at possible sites for the batteries and follow up meetings with U.S. experts to discuss the proposed pilot project.

After multiple EUPP meetings, the Mining and Energy Planning Unit (UPME) awarded a contract in 2021 for the design, construction, operation, and maintenance of Colombia's first utility scale battery storage system and related transmission infrastructure in Barranquilla. The project, which was awarded to Canadian Solar in July of 2021, must be able to deliver up to 45MWh over a minimum period of one hour and must include building a 110/34.5kV substation plus associated transmission and distribution lines. The project will reduce congestion and allow for more renewables to be integrated into the grid while maintaining reliability.

Colombia’s Energy Planning Agency, UPME, released a call for proposals for a pilot project using battery storage to alleviate transmission congestion around Barranquilla, after attending USEA activities on the subject. USAID convened USEA, together with NREL and Tetra Tech to offer technical assistance. We organized 2 days of discussions with UPME and Colombia's system operator, XM, around a planned battery storage pilot. This was followed by a workshop aimed at a broader group of stakeholders, including CREG, the regulator, and the Ministry of Mines and Energy, among others, to discuss battery storage projects. Finally, a number of experts accompanied USAID to Barranquilla to examine the substations proposed as battery storage sites for suitability. USEA later brought a battery storage expert to UPME to discuss the proposal, which was extensively revised following the technical assistance.

USEA has supported a number of distribution-sector events, including sending speakers to the conferences of ASOCODIS, the distributor's membership organization,and SER, a membership organization which is more focused on renewable energy.  DIstribution utiltiies have also participated in some of our workshops, including a week long technical assistance on DER, and a 3-day workship on Smart Meters and AMI. At the moment, a number of distributors, as well as an employee of SER, are participating in a one year online capacity-building course to strengthen the ability of the distributors, as well as other Colombian electricity-sector stakeholders, to successfully integrate variable renewable energy onto thier grid (see hyperlink to course presentations, above).

As Colombia’s electricity sector grows in complexity with the incorporation of increasing amounts of renewable energy, and with increasingly sophisticated products to provide needed flexibility, rules, regulations, and other safeguards must be developed to ensure and increase market transparency and competitiveness. An important part of these efforts is the recent establishment of an Independent Market Monitoring Unit for Electricity and Gas in the Superintendencia de Servicios Domiciliarios, Colombia’s watchdog of public services.

EUPP is working with USAID Colombia to help the Colombian government advance their plans to incorporate renewable energy through targeted capacity-building activities that identify needed changes in regulations laws, internal procedures, and training. These capacity-building efforts include organizing a series of webinars presented by independent market monitors throughout the world to help them better understand the role that Colombia’s market monitor is likely to play.