The SECARB Anthropogenic Test: Status from the Field 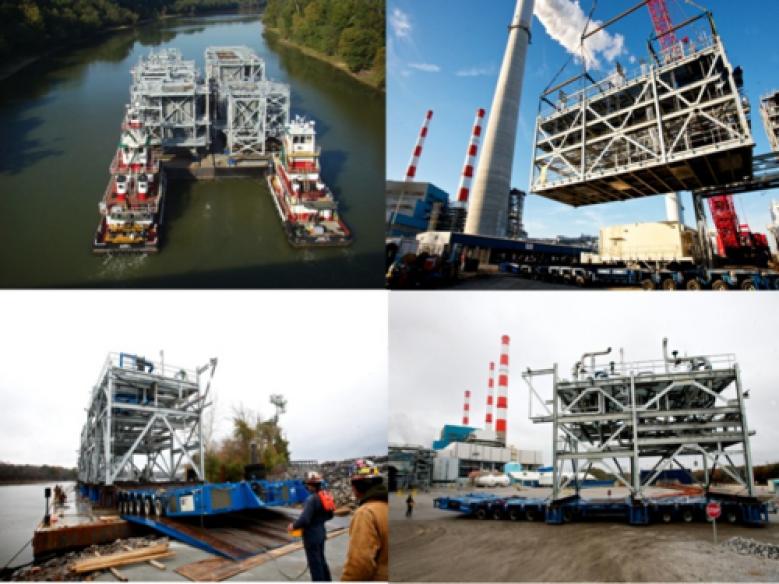 The United States Department of Energy (DOE) seeks to validate the feasibility of injecting, storing and monitoring CO2 in the subsurface (geologic storage) as an approach to mitigate atmospheric emissions of CO2.  In an effort to promote the development of a framework and the infrastructure necessary for the validation and deployment of carbon sequestration technologies, DOE established seven Regional Carbon Sequestration Partnerships (RCSPs). The Southeast Regional Carbon Sequestration Partnership (SECARB), whose lead organization is the Southern States Energy Board (SSEB), represents 13 States within the south eastern United States of America (USA).

The SECARB Anthropogenic Test R&D project is a demonstration of the deployment of CO2 capture, transport, geologic storage and monitoring technology. The capture component of the test takes place at Alabama Power’s James M. Barry Electric Generating Plant (Plant Barry) in Bucks, Alabama utilizing post-combustion amine capture technology licensed by Mitsubishi Heavy Industries America (MHIA).  The capture facility is equivalent to 25 megawatts (MW).and is supplied by a flue gas slip stream from one of Plant Barry’s coal-fired boilers.  CO2 captured at the plant is transported via a 12 mile pipeline for underground storage in a deep, saline geologic formation within the Citronelle Dome located in Citronelle, Alabama.

Injection operations began on August 20, 2012, with up to 550 metric tonnes of CO2 per day being captured and transported for geologic storage.  The injection target is the lower Cretaceous Paluxy formation which occurs at a depth of 2,865 meters (9,400 feet). Transportation and injection operations will continue for one to two years. Subsurface monitoring will be deployed through 2017 to track plume movement and monitor for leakage.  Now operational, this project is one of the first and the largest fully-integrated commercial prototypes of coal-fired carbon capture and storage projects in the USA.  This presentation will introduce the project and provide the results to date, including the status of the injection operations.