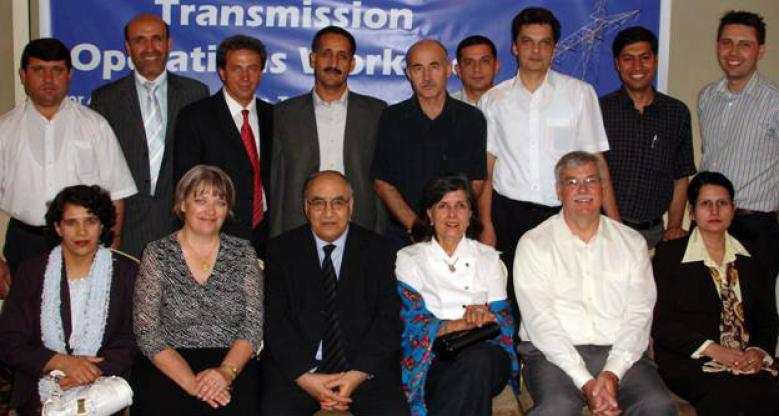 The program was conducted with two tracks:

The objective of the Transmission Operations Workshop was for representatives of from the Central Asia Republics (Tajikistan, Turkmenistan and Uzbekistan) to meet with their Afghan counterparts in an effort to facilitate the construction and operation of the transmission corridor between Afghanistan and the Central Asia Republics and to promote confidence in cross-border power exchange.

Afghanistan's neighboring countries view the construction of the NEPS transmission system as somewhat of a mixed blessing. On one hand, it is looked on as a means to export excess power to a country that needs it and can pay for it. On the other hand it introduces a significant degree of reliability issues stemming from the volatility of the situation in Afghanistan and the lack of a unified set of transmission operation standards and procedures. Additionally, power purchase agreements have become a issue as they are done on a bilateral basis between Afghanistan and its neighbors and coming to a mutually beneficial agreement has proven to be extremely difficult.