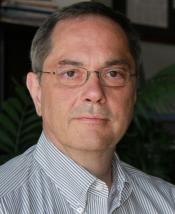 Bill Brown is the CEO of NET Power, LLC, a company owned by Exelon, CB&I and 8 Rivers Capital.  NET Power is building a 50MWt power plant outside of Houston to demonstrate a clean fossil-fuel-based power technology that will allow the world to meet 100% of both its climate targets and its electricity needs, all without having to pay more for electricity.

Bill is also a co-founder of 8 Rivers Capital, a company that focuses on developing, financing and commercializing break-out technologies that include space launch (at 95% less cost than traditional launch services), gigabit wireless (fiber speed, but wireless costs) and hydrogen production (well below current costs).

Previously, Bill was a professor at Duke Law and had an extensive career on Wall Street, where he held leadership positions at Goldman Sachs & Co., AIG International, and Morgan Stanley.  At the beginning of his career, Bill was a lawyer, leaving law while a partner at Sidley Austin.

A native North Carolinian, Bill has two bachelor degrees from MIT and a JD degree from Duke Law School.