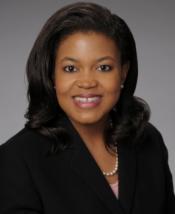 Chair Colette D. Honorable of the Arkansas Public Service Commission was elected President of the National Association of Regulatory Utility Commissioners in November 2013. President Honorable provides general oversight of the Association and serves as NARUC’s primary voice before Congress, the courts, administrative agencies, and the general public. She will also be responsible for designating members to the NARUC Board of Directors, committee leadership positions, and other Association appointments as necessary.

President Honorable was appointed to the Arkansas Public Service Commission by Governor Mike Beebe in October 2007, and was designated Chairman in January 2011. Within NARUC, she completed her term as Second Vice President of the Association. She also recently served as the Association’s Treasurer. In addition, President Honorable chaired the NARUC Task Force on Pipeline Safety and is the immediate past chair of the Anybody Can Serve, So Let’s Conserve program. President Honorable is a member of the NARUC Committees on Consumer Affairs and Gas, along with the Subcommittee on Utility Marketplace Access.

Before her appointment to the PSC, President Honorable previously served as Executive Director of the Arkansas Workforce Investment Board. Prior to her gubernatorial appointments, Commissioner Honorable served as Chief of Staff for Attorney General Mike Beebe. She worked in the Attorney General’s Office for over five years, serving as an assistant attorney general in the Consumer and Civil Litigation Departments, and as senior assistant attorney general in Medicaid Fraud.