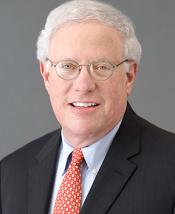 Craig Glazer coordinates all of PJM's regulatory and legislative policies before Congress, the Federal Energy Regulatory Commission, the United States Department of Energy and other federal agencies. He serves as PJM’s representative to the Executive Committee of the Eastern Interconnection Planning Collaborative and the International Energy Agency and is a peer reviewer of the International Energy Agency’s annual World Energy Outlook.

Prior to joining PJM, Glazer served as commissioner and chairman of the Public Utilities Commission of Ohio throughout the 1990s. During this period, Glazer served in a leadership role to facilitate Ohio’s move toward restructuring the state’s telephone, natural gas, transportation and electric industries. He also chaired the state's siting board and served as a member of the governor's cabinet. Glazer also served on the board of directors of the National Association of Regulatory Utility Commissioners, chaired its International Relations Committee, and chaired both the Department of Energy’s National Council on Competition in the Electric Industry and the Northeast-Midwest Institute.

Glazer frequently interacts with Congress, the White House, the Department of Energy and the Federal Energy Regulatory Commission on electricity and natural gas issues, including wholesale market development, reliability and environmental issues affecting the electric industry.

He is a graduate of the University of Pennsylvania and the Vanderbilt University School of Law.

Energy Management Webinar: Integration of Distributed Energy Resources (DERs) Onto The Grid with XM and PJM