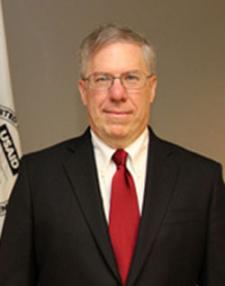 Eric G. Postel began as USAID's Assistant Administrator for the Bureau of Economic Growth, Education and Environment in March 2011. He brings to the position more than 25 years of private sector experience working in emerging markets. During this time, he helped support economic development in more than 45 developing countries.

Postel is working to implement President Obama's call to "elevate broad-based economic growth as a top priority" of U.S. development efforts overseas. He is also focusing on increasing Agency engagement with the private sector. He strongly believes that other bureau activities involving Education, Infrastructure, Land Tenure, Gender and the Environment also contribute to sustainable economic growth. Postel serves as the Agency’s coordinator for the government-wide Partnership for Growth program.

Postel is the founder of Pangaea Partners, an investment banking and consulting firm focused on emerging markets. Its accomplishments include helping six African countries create or improve their stock markets, providing credit and treasury courses to more than 30,000 bankers in developing countries, modernizing more than 20 former Soviet banks, and advising on the creation of the Slovak Export-Import Bank.

Throughout 2006-7, Postel served as a Senate-appointed commissioner of the U.S. Helping to Enhance the Livelihood of People around the Globe (HELP) Commission. His bipartisan work contributed to the development of a wide-ranging set of recommendations to Congress and the president for the reform of U.S. foreign assistance programs.

Previously, Postel worked as a vice president at Citibank Tokyo, where he arranged financing for borrowers on four continents.  This work included serving as Bangladesh’s first-ever financial advisor and arranging Air India’s first ever Japanese tax-lease financing.  In 1988 Postel devised a $30 million financing for Jamaica International Telecommunications Limited (JAMINTEL) from Japanese investors which was the first international securitization of future receivables without a corporate guaranty – this structure has subsequently served as the basis of more than $80 billion worth of financings.

Mr. Postel has a BA from Wesleyan University and an MBA from Stanford University. Between Wesleyan and Stanford, he served as a United States Naval Officer.