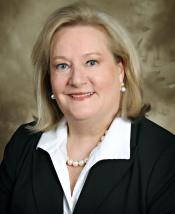 Linda Key Breathitt has devoted her career to public policy and energy.  Appointed by President Bill Clinton she served as Commissioner to the Federal Energy Regulatory Commission from 1997 thru 2002.

Her career included serving as Director of the Commonwealth of Kentucky Washington DC Office from 1980 to 1993.  After departing FERC she was a member of the international law firm of Thelen Reid in Washington DC.

Linda returned to her home state of Kentucky in 2008.  She has served on the Board of Directors of Delta Natural Gas, and a number of non-profits in her community including Lex Arts, the Martin School of Public Policy and Administration at the University of Kentucky, the Henry Clay Foundation, and the Bluegrass and Technical College Foundation Board.

Linda graduated from the University of Kentucky and attended a certificate program at the Kennedy School of Government at Harvard University.