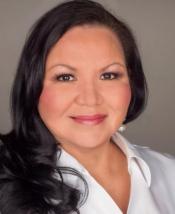 Margo Gray is President of Margo Gray and Associates and in 2018 was elected to the Osage Nation Minerals Council. She received her education at Northeastern State University, Tahlequah, OK and the Tuck School of Business, Dartmouth College, Hanover, NH. In addition to many state and local activities, she is the Co-Founder of the United Women in Tribal Organization, on currently serves on the Board of Directors and was the first native woman Chair of the National Center for American Indian Enterprise Development (NCAIED) and is a Board member for the American Indian Business Network Board Member for National Indian Gaming Association (NIGA), and is an active member of Women Empowering Women for Indian Nations. She is the first Native American to sit on the National Board of Directors for Big Brothers Big Sisters of America. Margo has been keynote speaker for numerous conferences across the U.S and Globally, advocating for Native American businesses.

Gray is a proud Osage business woman who has built a profitable business in a traditionally male industry for the past 21 years. Her leadership and determination has won her numerous prestigious honors and awards and including been selected as The Journal Record’s “50 Making a Difference” recognizing Oklahoma’s leading Women. Ms. Gray also received the “Badger Award for Tenacity and Perseverance in Business” by the American Indian Business Leaders Association and the “Georgeann Robinson Humanitarian Award” presented by the Oklahoma Federation of Indian Women. Her company was the 2007 recipient of the “State Business of the Year” award bestowed by the American Indian Chamber of Commerce of Oklahoma, 2005 recipient of the National Center for American Indian Enterprise Development’s Indian Business Owner of the Year award, the 2004 recipient of the National Indian Business Association’s Outstanding National Native American Woman‐Owned Business award and many other honors, and has been featured in http://www.workingwomen.com and “Smart Women Take Risks,” a book by Helene Learner.

As a strong competitor in “Corporate America”, she encourages Native American entrepreneurs to pursue their dreams, and counsels’ tribal leaders to create government and legal environments that will enable Indian businesses to thrive.