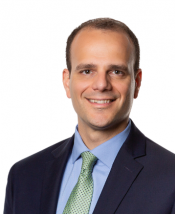 Ryan joined McGuireWoods Consulting in April 2018 and serves as a senior vice president in the Federal Public Affairs group. He assists clients with matters before Congress, regulatory agencies and the executive branch with a particular focus on the agriculture and energy industries.

A respected Republican strategist and former chief of staff to U.S. Senator John Hoeven of North Dakota, Ryan possesses nearly two decades of senior government and political experience. He played a key role in the drafting of recent farm bills and important oil and gas, water rights, federal land transfer, budget appropriations and Native American affairs legislation as the adviser to Hoeven, chair of the Senate Indian Affairs Committee and a member of the Agriculture, Appropriations, Homeland Security and Energy committees. Ryan was also instrumental in helping draft the 2015 Keystone XL Pipeline bill.

As chief of staff for Senator Hoeven, he was responsible for overseeing Hoeven’s 30-person Senate staff in Washington and North Dakota since 2012 and served for nearly two years as deputy chief of staff before that. In Bismarck, he was a senior adviser to three North Dakota governors – Jack Dalrymple, Hoeven and Ed Schafer – from 2000 through 2010 in roles that included policy analyst and chief legal counsel.

Briefing: An Update on the Status of 45Q and How to Prepare for its Usage