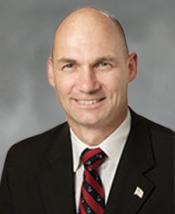 Thomas D’Agostino is Senior Vice President for Business Development & Strategy in Fluor’s Government Group. He is responsible for strategic planning, policy formation, and capability development. He has more than 35 years of executive, leadership, management, and operational experience in a wide variety of nuclear fields.

Before joining Fluor, Tom served for more than 7 years in a number of politically appointed positions for Presidents George W. Bush and Barack Obama as the undersecretary for nuclear security at the Department of Energy, and administrator of the National Nuclear Security Administration (NNSA) as well as the deputy administrator for defense programs. In these positions, he was responsible for numerous nuclear programs to include nuclear weapons, nuclear propulsion, nuclear security, nuclear counter-terrorism, and nuclear emergency response programs, as well as the environmental cleanup and management programs for the Department of Energy. This responsibility involved an annual budget of close to $18 billion per year with a large geographically dispersed workforce. Prior to these positions, he served in a variety of executive positions responsible for program planning, budget formulation, program execution, operations, and oversight execution of a variety of nuclear programs to include nuclear reactor operations and technical program management at the Naval Sea Systems Command for the SEAWOLF submarine propulsion system.

Tom achieved the rank of captain in the U.S. Naval Reserves, where he developed concepts for new attached submarine propulsion systems.  He also served in the Navy Command Center in the Pentagon as the Navy Department Duty Captain. He spent more than eight years on active duty in the Navy as a submarine officer, including assignments onboard the USS SKIPJACK (SSN 585) and with the Board of Inspection and Survey as the main propulsion and nuclear reactor Inspector where he performed nuclear reactor and propulsion engineering inspections for more than 65 submarines and nuclear-powered ships in the Atlantic and Pacific Fleets.

Tom serves on a variety of professional and non-profit boards to include: the Consortium for the Advanced Simulation of Light Water Reactors - CASL (a DOE Energy Innovation Hub), Savannah River Nuclear Solutions LLC.