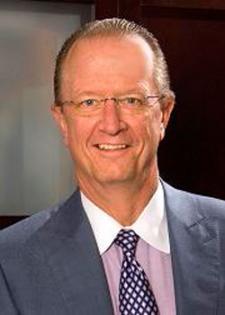 William A. Von Hoene, Jr., 60, oversees corporate development, corporate strategy, legal, regulatory, government affairs, investments and communications for Exelon, the nation’s number one competitive energy provider. He previously served as executive vice president, Finance and Legal, of Exelon. Von Hoene joined Exelon in February, 2002 and has held numerous positions before assuming his current responsibilities in February 2012. He serves on Exelon’s Executive Committee and is a member of the Boards of Directors of Nuclear Electric Insurance Limited, the Alliance to Save Energy, and the United Way of Metropolitan Chicago. He also serves on the Board of Advisors of Flying Food Group and is the Chairman and Chief Executive Officer of Constellation Energy Nuclear Group, a joint venture between Exelon and EDF which owns five nuclear units.

Prior to joining Exelon, Von Hoene was a senior partner at Jenner & Block, specializing in complex civil and white-collar criminal litigation. While at Jenner & Block, he served on the management committee and, at various times, as hiring partner and chairperson of the firm’s pro bono and diversity committees.

Von Hoene has served on numerous civic and public interest boards of directors. He is past president of the Chicago Lawyers Committee for Civil Rights Under Law, Inc., and past general counsel to the Leadership Council for Metropolitan Open Communities. He currently serves on the boards of directors of the Legal Assistance Foundation of Chicago, Northwestern Memorial Hospital (for which he serves as the Chairman of the Professional Standards Committee), the Chicago Symphony Orchestra, the Civic Consulting Alliance and the Diversity Scholarship Foundation. He previously has served on the boards of directors of the Chicago Legal Clinic, the Chicago Bar Foundation and the Joffrey Ballet. He also serves on the Visiting Committee of the University Of Chicago Law School, and is a member of the Economic Club of Chicago and the Executives’ Club of Chicago. In 2010, Bill was appointed to the Department of Commerce National Advisory Council on Minority Business Enterprise. The council served to provide advice and recommendations to the Secretary of Commerce and the President on a broad range of policy issues affecting the minority business community. In 2011, Bill was appointed to Mayor Rahm Emanuel’s Supplier Diversity Task Force, a procurement initiative designed to help strengthen small and minority and women-owned businesses in Chicago.

While Von Hoene served as Exelon’s general counsel, the Exelon Legal department received the 2007 Association of Corporate Counsel Pro Bono Award, which recognizes the most outstanding corporate pro bono program in the country and in 2009 was named one of three finalists for Corporate Counsel magazine’s best legal department. www.exeloncorp.com

Von Hoene received the 2008 Vanguard Award from the Chicago Bar Association, recognizing contributions in making the legal profession more accessible and reflective of the community at large. In 2009, he received the Spirit of Excellence award from the American Bar Association Commission on Racial and Ethnic Diversity in the Profession, and was named by the National Law Journal as one of the twenty most influential general counsels in the country. Von Hoene also received the 2009 Advocate for Diversity Award for his significant contributions to the legal community and for embracing diversity, and is the 2010 recipient of the Chicago Appleseed Corporate Leader Award. In September 2010, Von Hoene received the Arthur Goldberg Social Justice Award, presented by the Jewish Council on Urban Affairs for his career-long dedication to social justice, and in 2011, he received the Donald Hubert Public Service Award from the Chicago Inn of Court. Von Hoene also received the 2013 Corporate Social Responsibility award from the Mexican American Legal Defense and Educational Fund.

Von Hoene is a 1980 graduate of the University of Chicago Law School, where he served on the Law Review and was elected to the Order of the Coif, and a 1976 graduate of Yale University.