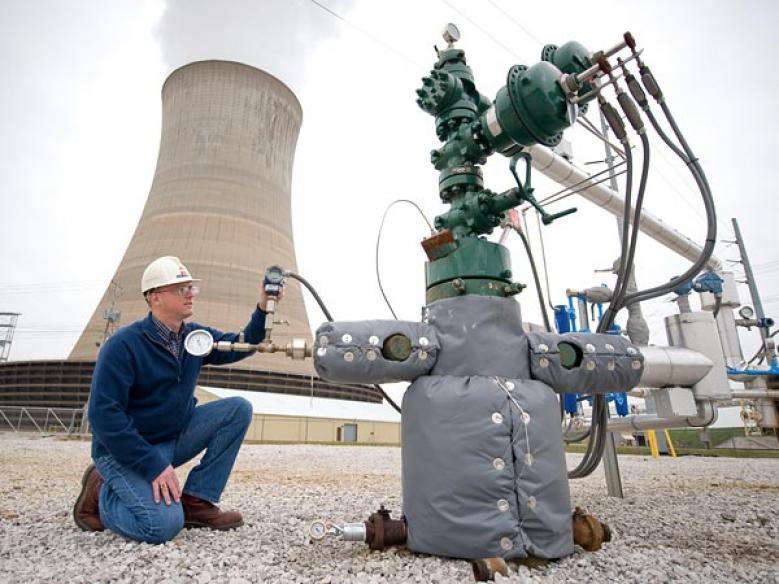 Summit Power Group, LLC (“Summit”) and Petrofac Ltd (“Petrofac”) have confirmed that the United Kingdom’s Department of Energy and Climate Change (“DECC”) has officially notified them on Friday November 2nd that DECC has selected the joint Summit-Petrofac project known as Captain: The Clean Energy Project (“Captain CEP”) to move forward to the next stage of DECC’s carbon capture and storage (“CCS”) competition for power plants that will capture and geologically sequester their carbon dioxide emissions. DECC made a public announcement to the same effect in London on 30th October. Captain CEP is one of four proposed CCS projects whose selection for the next stage of the competition was announced by DECC.

Captain CEP is a “full-chain” CCS project consisting of (1) a coal gasification power plant with ninety-plus percent (90+%) carbon capture, to be located at Grangemouth on the Firth of Forth west of Edinburgh, Scotland, plus (2) an existing on-shore pipeline and existing sub-sea pipelines that will be converted to CO2 transport, as well as (3) sub-sea depleted gas reservoirs and deep brine formations that will be used for the permanent geological sequestration of CO2 captured at the power plant.

Captain’s 90+% carbon capture rate will allow electric power to be generated with less than ten percent (10%) of the CO2 emissions of a conventional coal-burning power plant, and about twenty-five percent (25%) of the CO2 emissions of a high efficiency natural gas-fired power plant. In a gasification power plant, coal is not used as a fuel and no coal is burned. Instead, using a thermo-chemical process, coal is treated as a chemical feedstock and broken down into its constituent atoms and molecules to create a clean-burning, nearly carbon-free gas known as “syngas.” All pollutants are removed from the gas stream before anything is burned. The carbon dioxide is compressed for transport and permanent geological sequestration beneath the North Sea. All that is burned, in the end, is the clean syngas, which consists primarily of hydrogen with only a small amount of remaining carbon.

Summit is a U.S.-based developer of wind, solar, and carbon capture power plants, including another proposed coal gasification power project with 90+% carbon capture known as the Texas Clean Energy Project, which has won substantial funding and other forms of financial support from the U.S. Department of Energy. Petrofac is major oilfield services provider, oilfield facilities operator, and design engineering and construction contractor for onshore and offshore petroleum and petrochemical facilities, including a significant number of the major oil installations and sub-sea reservoirs in the North Sea. The two companies have joined together to develop Captain CEP, with support from the National Grid Carbon as owner and operator of the onshore CO2 transport system and from Siemens as a key technology provider for the project’s gasifiers and high-hydrogen combustion turbine and other power generation equipment.