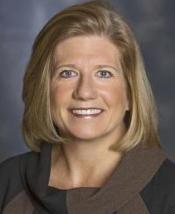 Prior to joining AGA, she was president and chief executive officer of the U.S. Chamber of Commerce’s Global Energy Institute (Energy Institute). Under Harbert’s leadership, the Energy Institute evolved into a premier national and international organization dedicated to advancing a constructive energy agenda with the business community, policymakers and consumers. Harbert led the Energy Institute’s development of its comprehensive Energy Works for US platform, which provides policy recommendations to secure our nation’s energy future and create millions of jobs, billions of dollars in revenue, and trillions of dollars of private investment. Under Harbert’s leadership, the Energy Institute established the groundbreaking Index of Energy Security Risk and the International Index of Energy Security Risk, the first tools to quantify America’s energy security on an annual basis. Harbert frequently testifies in front of Congress and provides analysis to the media, policymakers, and industry leaders.

Harbert gained experience on issues associated with economic reform and privatization through earlier positions at the USAID, the Organization of American States, and the International Republican Institute. She received a degree in international policy studies and political science from Rice University in Houston, Texas.

Harbert resides in Washington, D.C., with her husband and two children.