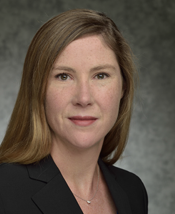 Ms. Kelly Cummins is the Acting Director and Principal Deputy Director for the Office of Clean Energy Demonstrations (OCED) at the U.S. Department of Energy (DOE). In this role, she is responsible for delivering more than $20 billion provided by the Bipartisan Infrastructure Law to support large-scale clean energy demonstration projects.

Ms. Cummins has worked in the field of national and energy security at DOE for more than 20 years. Prior to her role in OCED, Ms. Cummins served as the Associate Deputy Director for Field Operations in the Office of Science, where she was responsible for management and operational oversight of the Office of Science field complex, including 10 national laboratories executing leading scientific research and development. Prior to that, Ms. Cummins served as the Deputy Assistant Deputy Administrator and Program Executive Officer for Production Modernization in the National Nuclear Security Administration's (NNSA) Office of Defense Programs. In this role, she was responsible for U.S. efforts to modernize and sustain the nuclear weapons production enterprise. From 2013 to 2017, Ms. Cummins was a Senior Advisor to former Secretary of Energy Ernest Moniz, focusing on project management and national security issues as well as enterprise risk management.

Ms. Cummins also previously headed efforts to dispose of surplus U.S. highly enriched uranium and weapon-grade plutonium as the NNSA Associate Assistant Deputy Administrator for Fissile Materials Disposition. In addition, as the Director of Former Soviet Union and Asian Threat Reduction in the Global Threat Reduction Initiative, she led efforts to remove highly enriched uranium and plutonium from vulnerable locations around the world.

Prior to joining the Department, Ms. Cummins worked in the U.S. Senate for the Assistant Majority Leader and in the private sector for a consulting company supporting the Department of Defense.

Ms. Cummins has a Master of Science degree from the Georgia Institute of Technology. She currently resides with her husband and two sons in Washington, DC.