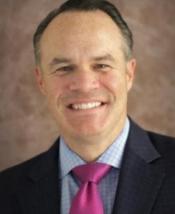 Since his appointment in July 2018, Sommers has overseen the strategic realignment of API’s priorities and advocacy efforts, introducing an integrated organizational structure and core API Principles. Among other initiatives, he led the organization through an unprecedented period in global energy markets, effectively positioned the industry through political transitions in Washington and in state capitols across the country, increased utilization and visibility of API standards and safety programs, and led the adoption of the industry’s solutions-oriented efforts to address the risks of climate change.

Sommers is a regular contributor and thought leader on major cable news networks. In 2021, Fortune Magazine listed Sommers among its 50 World’s Greatest Leaders.

Throughout his career, Sommers has held critical leadership roles in the U.S. House of Representatives and at the White House, including as Chief of Staff for Speaker of the House John A. Boehner and Special Assistant to President George W. Bush at the National Economic Council.

Sommers is a native of Naperville, Ill., and a graduate of Miami University in Oxford, Ohio. He is married to Jill Sommers, a former Commissioner at the Commodity Futures Trading Commission (CFTC). They have three children in college and live in Alexandria, Virginia.