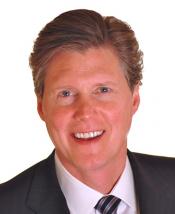 President & CEO
Solar Energy Industries Association
Biography:
Rhone Resch is the President and CEO of the Solar Energy Industries Association (SEIA), the national trade organization for America’s solar energy industry. During his 10-year tenure at SEIA, solar has experienced record-breaking growth, becoming one of the fastest-growing industries in the United States with more than 8,000 companies and more than 174,000 employees.

Often referred to as the “voice of solar energy in America,” Rhone is the architect of SEIA’s strategic priorities designed to achieve a 10 GW annual market in the U.S. by 2015. Today, clean, affordable solar energy is generating enough electricity to power more than 4.6 million homes – including the White House – and its popularity is continuing to grow, with 9 out of 10 Americans supporting an expanded use of solar nationwide.

As the head of SEIA – and the person responsible for all federal and state advocacy on behalf of the $17.8 billion U.S. solar energy industry – Rhone helped to create the 30 percent solar investment tax credit, the 1603 Treasury Program, and scores of other forward-looking federal and state policies that have allowed the solar industry to grow and prosper, while helping our nation to reduce its dangerous dependence on fossil fuels.

Known for having a finger on the pulse of Capitol Hill, Rhone has more than 20 years of experience in the public and private sector working on clean energy development and climate change issues. In addition to serving as vice president for the Natural Gas Supply Association, Rhone also served as program manager at the EPA's Climate Protection Division during the Clinton administration.

Rhone holds an M.P.A. in management from Syracuse University's Maxwell School, a Master of Environmental Engineering from SUNY Syracuse, and a B.A. from the University of Michigan. He lives in Washington, D.C., with his wife Lisa and two children in a solar-powered house that provides 93 percent of their electricity.