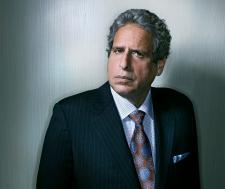 Robert Amsterdam is an international lawyer with 35 years experience

& Partners LLP, with offices in London and Washington DC, is frequently

sought after for its unique practice areas which explore synergies between

Amsterdam has been retained by multinational mining and energy

corporations on issues pertaining to resource nationalism and expropriation,

while also representing sovereigns in disputes with foreign investors. His

retention by several world leaders, such as the former Prime Minister of

Akwa Ibom State in Nigeria, among other high profile figures.

With significant experience on the ground in emerging economies across

The law firm is well known for its pro bono practice in human rights,

including the defense of the award-winning democracy activist Dr. Chee

Deputy, and the journalist Stephan Templ, who recently became the first

Tadonki, a United Nations employee who survived a campaign of intimidation

by officials in Zimbabwe – a case which resulted in Amsterdam & Partners

Amsterdam has also represented high profile political prisoners, such as the

former head of the Yukos oil company in Russia, Mikhail Khodorkovsky, and

the Venezuelan businessman Eligio Cedeño, who was successfully released

As a prolific columnist and blogger, Amsterdam’s writings have been

published in the International Herald Tribune, the Financial Times, the Wall

Street Journal, the Washington Post, and the Fordham International Law

Journal, among other publications. Amsterdam has made several television

appearances on networks such as CNN, CNBC, Bloomberg, BBC, and Fox

News. A profile feature of Amsterdam was published in the magazine

Amsterdam is a member of the Canadian and International Bar Associations,

and is licensed as a solicitor in the United Kingdom. He earned his BA from