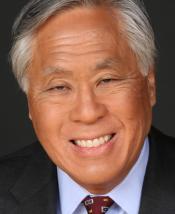 Robert W. Gee is President of Gee Strategies Group LLC, a Washington, DC-based consulting firm excelling in policy analysis, advocacy, and litigation support for a variety of domestic and foreign clients in the energy and utility sectors.  A 40-year veteran of the energy industry, his thought leadership is exemplified by his diverse experience as an attorney, senior state and federal official, and technology executive. His commentary on energy and public policy matters has appeared in major print and broadcast news media in the United States, United Kingdom, and China.

A native Texan, his public sector energy experience began in Washington as a Trial Attorney at the Federal Energy Regulatory Commission (FERC). Following stints as in-house counsel to a major oil company and as Of Counsel to the law firm of Akin, Gump, Strauss, Hauer & Feld, he served as Commissioner and Chairman of the Public Utility Commission of Texas. While a Commissioner, he served as Chairman of the Electricity Committee the National Association of Regulatory Utility Commissioners (NARUC). He returned to Washington as Assistant Secretary for Policy and International Affairs and for Fossil Energy at the US Department of Energy. He subsequently served as Vice President for Development and Partner Relations for the Electricity Innovation Institute (E2I), an affiliate of the Electric Power Research Institute (EPRI), where he advocated of the “smart grid” to digitize the electric utility power delivery system.

He currently serves as President of Asian Americans in Energy, the Environment, and Commerce (AE2C), and as Vice Chairman the Washington, D.C. Region of the Committee of 100. He is also a member of the Board of the Northeast-Midwest Institute. His past affiliations included serving as a Trustee for St. Edward's University in Austin, Texas, and as a member of the Dallas Regional Panel of the President's Commission on White House Fellowships.

He is a recipient of various honors and awards, including the distinction of having a hearing room named for him by his colleagues at the Public Utility Commission of Texas.

He holds a bachelor’s degree with Honors and a Law Degree from the University of Texas at Austin.