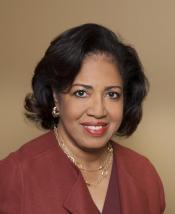 Vicky A. Bailey has over thirty years of high level, national and international, corporate executive and governmental expertise in energy and regulated industries. Ms. Bailey started her career as a Commissioner, at the Indiana Utility Regulatory Commission appointed by Governor Robert Orr and at the Federal Energy Regulatory Commission appointed by President Bill Clinton, and as President/CEO, member of the Board of Directors, of PSI Energy, Inc., Indiana’s largest electric utility, now Duke Indiana. She was appointed by President George W. Bush to be the leading international official at the United States Department of Energy (2001-2004) as the first Assistant Secretary for both International Affairs and Domestic Policy. During her appointment, Ms. Bailey served as Vice Chair of the International Energy Agency (IEA) headquartered in Paris, France and post Sept. 11th, she was chair of several bilateral international working groups among energy producing nations. Ms. Bailey led the efforts of the North American Energy Working Group to foster communication and cooperation among the governments and energy sectors of the U.S., Canada, and Mexico. Also, in her capacity, she participated in establishing a permanent International Energy Forum Secretariat in Riyadh, Saudi Arabia to promote the exchange of energy data and information.

Ms. Bailey has extensive entrepreneurial skills and experience. First in joining a family business, J. Bailey Co., headquartered in Indianapolis, IN, from 1980-1986 which grew to four retail locations distributing hair care products in Indiana, Ohio, and Kentucky. Following her career in government, from 2004-2013 she was an equity owner of BHMM Energy Services LLC, a certified minority owned energy facilities management company in partnership with Citizens Gas. BHMM competed and won the contract with the Indianapolis Airport Authority to conduct the construction, operations, expansion, maintenance and management of the Central Energy Center and the Connector for the new Midfield Terminal which opened in November, 2008. The positioning of the new terminal between two runways required BHMM to do a $38 million transaction in order to construct and utilize an innovative technology to bore the hole under the runways for installation and placement of cable work. Presently, as founder of Anderson Stratton International LLC management advisory services, her clients past and present include E.ON, Georgia Power, Edison Electric Institute, Midcontinent Independent System Operator, ERCB of Alberta, Direct Energy (subsidiary of Centrica, UK), and the Nuclear Matters Leadership Council.

Currently, Ms. Bailey’s corporate directorships include: EQT Corporation (2004-present), one of the largest natural gas producers in the Appalachian Basin with a $12B market cap headquartered in Pittsburgh, PA. EQT is one of the dominant producers in the Marcellus Shale Gas play. Cheniere Energy (2005-present), a Houston based energy company with a $10B market cap leads North America in the operation and construction of liquefied natural gas terminals. Cheniere loaded the first tanker with LNG for export in February, 2016. Battelle Memorial Institute (2006-present), the world’s largest private non-profit applied science and technology organization headquartered in Columbus, Ohio. Battelle manages several of the National labs across the country for the Department of Energy and is recognized globally for work in the areas of national security, life sciences, energy, environment and healthcare.

In 2001, Ms. Bailey was appointed by President George W. Bush to the Presidential Commission for the Smithsonian’s National Museum for African American History and Culture (NMAAHC) which opened on the National Mall in September, 2016. In 2010, she was appointed by Secretary of Energy Steven Chu, at the direction of President Barack Obama, to the Blue Ribbon Commission on America’s Nuclear Future and in 2014, Ms Bailey was appointed to the National Petroleum Council by Secretary of Energy Ernest Moniz. In March 2018, she was appointed to the Board on Energy and Environmental Systems of The National Academies of Science, Engineering, and Medicine. Other non-profit boards and service include Bilateral US-Arab Chamber of Commerce, Resources for the Future (RFF) and Girl Scouts of the Nation’s Capital. In May 2013, Ms. Bailey was the first female to be elected Chairman of the Board of the United States Energy Association (USEA), a position she still holds today.

Leading across the Energy Sector: Stories and takeaways from women who paved the way