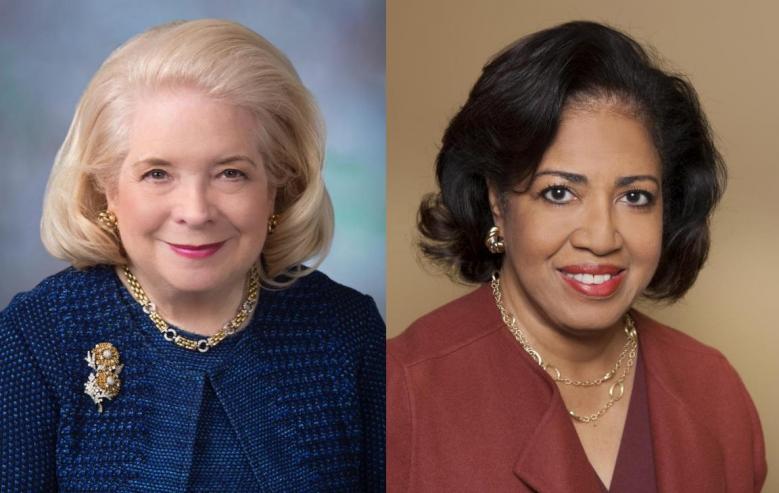 Washington, D.C. – Today, at the USEA Board of Directors meeting, USEA Chairman Sheila Hollis was appointed Acting Executive Director. Her appointment comes in the wake of the sudden passing of longtime USEA Executive Director Barry Worthington on August 14th.

Former USEA Chairman Vicky Bailey, who served from 2013-2019 and was the longest-serving chair as well as the first female and African American chairman, was appointed to the position of Executive Chairperson.

She currently serves on the Board of the Battelle Memorial Institute and chairs the governance committee. In addition, she serves on the boards of Cheniere Energy, Equitrans Midstream Corporation, and PNM Resources.

Hollis has served as USEA Chairman since June 2019. Previously, she was Treasurer of the Board, and has served on the Board for 15 years.

Hollis is of-Counsel with the firm Duane Morris LLP, served on its executive committee, and was managing partner and is Chair of the Washington, D.C. office. She specializes in energy and environmental law and policy, domestically and internationally.

She was the first woman president of the Federal Energy Bar Association (EBA), chaired the Section of Environment, Energy, and Resources of the American Bar Association (ABA), and serves on the ABA Board of Governors.

Hollis is the first energy lawyer to be honored as one of the Top 100 Lawyers and Top 50 Women Lawyers in Washington, D.C. by Super Lawyers.

She serves on the board of the American Friends of the Royal Society and holds several other honorary positions. She is an honorary North American member of the Commercial Bar of England and Wales.

She started her career as a trial lawyer at the Federal Power Commission (FPC) and was founding director of FERC’s Office of Enforcement.

Hollis is a Fellow of the American College of Environmental Law and has received multiple honors and awards, including lifetime achievement awards from Platts Energy in 2011 and the Petroleum Economist in 2018.