Every month we feature a woman who has shown exemplary leadership and showcase her story. The women among you come from diverse backgrounds and roles and bring a unique perspective to gender equality within the energy sector. 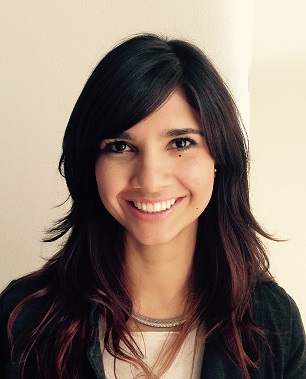 Currently, Casiopea is the Managing Partner of Fresh Energy Consulting, a consulting firm specialized in strategy, commercialization and regulatory services for renewable energy. Before joining Fresh Energy, she held managing positions in some of the main international energy utilities in Mexico, such as Global Power Generation, the electricity company of Naturgy (former Gas Natural Fenosa) where she was the Deputy Director of the Electric Business; AES Corporation, as Regulation and Markets Manager for Mexico, Central America and the Caribbean, and Enel Green Power, as Regional Regulatory Manager for Mexico and Central America, positions where she was responsible for the regulatory advocacy and positioning of the company, market and competitors analysis, commercial strategy and institutional relationship management with authorities and sectorial associations.

Casiopea holds a Bs in International Affairs and a Master in Geopolitics. In March 2015, she was appointed as the Member of the Electricity Advisory Board, of the Mexican Energy Regulator (CRE) for a 3 year term.

I was one of the first non-engineer women involved in renewable energy back in 2005, when I started working for a consultancy firm dedicated to promoting sustainable projects and climate change mitigation programs in Mexico and Central America.

My academic background is more oriented to economics and politics, as I have a Bs in International Affairs, so it was not directly related to the energy sector. Curiously, it was the languages that got me into this world. I studied different languages during college (French, English, Portuguese and even Russian) and it was these additional skills that opened the opportunity to climate change programs, as it was a mechanism sponsored by the UN and speaking different languages was a differentiating factor for young professionals.

Even though as a non-engineer, I needed to study harder and longer to be up to date with technical developments of the renewables and emission reduction technologies, it was mentorship what really made a difference for me. I was fortunate to always have peers and bosses supporting me to gain more experience and guiding me through the responsibilities of my different jobs. Since the beginning of my career, I had the opportunity to work closely with the top management of the companies I worked for, which gave me the best training process I could have aimed for, and these experiences gave me the chance to have a comprehensive understanding of the business. So, after a few years in this industry, I’m often called the “female honorary engineer of the team”.

Now that I think about how everything happened, I realized that I always had the support of a leader in the organization which helped me not only to gain more experience, but above all, to be confident in an environment mainly dominated by male engineers.

Definitely. For many years, I used to be the only woman or one of the very few in meetings, trainings, even in conferences and sectorial events. 14 years ago women were rarely seen in this sector, and specially in leadership positions. But it was not necessarily because there were not women at all involved in these activities, it was basically lack of exposure both within the companies and the sector.

During my first years, I had problems finding female leaders to follow or look at in the electricity sector in Mexico. It was until 2012 when a woman was appointed as Undersecretary of Electricity in the Energy Ministry, that I realized that very few women reach those positions. For many years it was kind of normal not to see women around business meetings. It is still a problem not explicitly addressed, but once you make it visible, people recognize there are not enough women involved in decision making processes and leadership positions and that is not right. But what’s next?

Last year, an initiative called Expert Voice (Voz Experta) was launched by a group of women experts in energy with the aim of making visible all the female experts in the energy sector in events, forums, spaces to have female voices heard and included in the debate. Voz Experta has worked not only to make the gender balance a priority for events in the sector, but more importantly as a professional network of 100+ female energy experts with 10+years of experience and holding leadership positions, creating a community of professionals working together for the energy sector and promoting gender balance spaces. With professional exposure, new professional opportunities will appear. But opportunities are not the only critical aspect to create a balanced gender environment, we need to provide equal remuneration and evaluation policies to secure women participation in the long term.

We are a small company but our goals are very clear in terms of creating a top professional team, retain the best talent and promote them according to their abilities and potential. Our policy is simple: gender neutral selection process, gender neutral evaluation for promotion, gender neutral remuneration. Currently our Partner structure is 50/50.

I’ve experienced gender policies in other companies where quotas were implemented with little success. Companies that realized their female participation was too low or basically inexistent, decided suddenly that all the new positions should only be covered by women. This strategy does not work as it an example of discrimination and does not encourage candidates to be the most suitable for the positions. As a result, the opposite effect in the organizations is achieved, instead of valuing their professional background and skills, colleagues see these new employees as pink quota only.

Yes, as mentioned previously, our current Partner structure is 50/50. We value experience, professional background, but above all the abilities and potential to make the company grow. This has nothing to do with gender.

At the end, talented women should be recognized and valued because of their professional capabilities independently of their reproductive willingness. Many companies limit women’s professional growth because of their age being afraid one will leave the company if becoming pregnant or won’t come back to work after giving birth, or even worse, that if one has kids, then your professional abilities becomes affected. Motherhood is a personal choice and should not be an obstacle when hiring/promoting female professionals. I believe that if the organizations provide gender neutral policies in terms of remuneration, promotion opportunities and a proper work-life balance, we would see more women organically growing within the companies.

5. What actions should the energy and electricity sector be focused on to accelerate change, increase diversity, and foster a better gender balance in the boardroom?

I have been approached many times by young female professionals after a conference or event saying they are proud and excited to finally see a woman in energy events and that is encouraging for them to see we (women) can actually reach those positions. It is incredible, we are 50% of the world’s population and we are not “seen”.

Let’s present the sector as an opportunity for all professional backgrounds and gender neutral. Energy/electricity is not only produced by engineers, the sector needs lawyers, economists, social workers, finance experts, human resources, etc etc. We need to encourage women to be involved in this sector, despite of the male-engineer prejudice. And don’t forget that engineers can also be women.

Making the problem visible, calling it by its name, helps bringing awareness and actions to be implemented. Just by asking why there are no women in your management/organization helps to start addressing the problem. Then showing there are valuable and experienced women presents them as ideal candidates to be considered for top positions.

Gender quotas are not formally implemented in Mexico, but social pressure is helping to address the problem. Not enough though, so networking and sponsoring are playing an important role for helping women face gender barriers to reach top positions in the energy sector.