Shell and SSE are looking to develop the world’s first full-scale gas carbon capture and storage (CCS) project – the Peterhead CCS Project. The project is part of the UK CCS commercialization competition and has recently started its Front End Engineering Development phase. Up to 10 million tonnes of carbon dioxide emissions could be captured from the Peterhead Power Station and transported by pipeline offshore for long-term storage deep under the North Sea. The scope is:

-transport in dense phase using part of an existing pipeline, - injection from the existing Goldeneye on offshore platform and

- storage in the depleted gas field.

In March 2013, the Peterhead CCS Project was chosen as one of two CCS demonstration projects to progress to the next stage of the Government’s CCS Commercialisation Competition funding.

The project is now moving into the next phase of design, a phase known as Front-End Engineering Design, or FEED.  An agreement was signed between Shell and the UK Government on February 24, 2014, allowing the project to move into this phase, which is expected to last through 2014 and 2015. 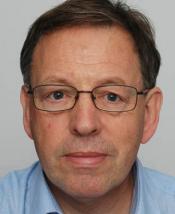