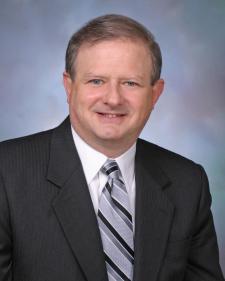 Bill Hederman is a Senior Fellow at the University of Pennsylvania's Kleinman Center for Energy Policy. He teachers the core course: Introduction to Energy Policy, as well as being part of the Wharton Executive Education Faculty for the "Futures of Utilities" program. In addition, he advises 3 startup firms, two in demand-side management and one in advanced encryption technology.

He also currently serves as a Senior Scholar at the Center for Strategic and International Studies, where he is teaching Geopolitics of Energy for the joint CSIS_Maxwell School masters program. A retired Deloitte Director, Bill is now an independent senior adviser at Deloitte and Touche. He served as senior advisor to U.S. Secretary of Energy Ernest Moniz, providing leadership on Department of Energy (DOE) missions to Ukraine, the Baltics, and Germany. In this position, he was also the chief architect for the analytic framework developed for DOE's groundbreaking Quadrennial Energy Review.

In the corporate sector, he was vice president for Business Development and Strategic Initiatives at Columbia Transmission Companies on the management team that brought Columbia out of bankruptcy. During the Enron and California crises, he joined the Federal Energy Regulatory Commission (FERC) and formed the Office of Market Oversight and Investigations, which has been credited with playing a major role in the restoration of confidence in electricity and natural gas regulatory oversight.

Hederman began his professional career as a systems integration engineer at Bell Labs in the directorate that later developed the cell phone system. He served on the RAND Corporation's pioneering technology demonstrations research team, and was the Congressional Budget Office's first energy budget analyst. He led the establishment of: the policy analysis department at INGAA (pipeline association), the International Energy Agency's gas technology center, and the Washington office for RJ Rudden Associates (now Black & Veatch).

Technology Briefing: What Does "Resilience" of the Electric Power Sector Mean Today?