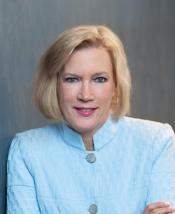 Dena has spent much of her professional career engaged in representing producer/marketers before the Federal Energy Regulatory Commission. She has testified before FERC on policy matters pending before the Commission and has been involved in every major natural gas rulemaking since Order No. 436. She frequently speaks with key Hill and White House staff, NARUC and other policymakers on the importance and benefits of natural gas use, supply and competitive markets. She has led hundreds of discussions on natural gas priority issues at conferences and is regularly quoted as an industry expert in the media, including Reuters, S&P Global, the Houston Chronicle, Politico, Natural Gas Intelligence and RTO Insider.

Dena is deeply involved in the National Association of Regulatory Utility Commissioners (NARUC), particularly the Committee on Gas, where she has advocated for the benefits of natural gas in a lower carbon energy future. She represents NGSA at the Commodity Futures Trading Commission (CFTC) and chairs the CFTC’s Energy and Environmental Matters Advisory Committee (EEMAC), which plans to explore the relationship between infrastructure constraints and natural gas markets.

Previous to NGSA, she was a partner in the law firm of Ballard Spahr and served as General Counsel to the Process Gas Consumers Group. She holds a Bachelor of Arts degree from the University of Richmond and a Juris Doctor from Georgetown University Law Center.