Skip to main content
Canada and U.S. Energy: We Get Each Other

Canada and U.S. Energy: We Get Each Other 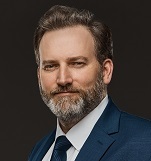 Many Canadians and Americans do not know that in many regions, our electricity grids are more connected North/South than East/West. Or that Canada is the largest supplier of oil and natural gas to the US. We can both sometimes forget how important our energy connection is.

Canada and the US are both federated constitutional democracies with independent judiciaries. This isn't just a political science mouthful. It's a formal way of saying that fundamentally, we get each other. After all, the longest and most peaceful border in the world does not happen by accident.

Our government systems are designed to invite and accommodate debate, dissent and different interests. That can frustrate quick or easy decision-making. Few industries are subject to more active political interest than energy development. Canada and the United States both strive to be responsible energy developers by being responsive energy developers. Our different, yet similar, institutions demand this. So do our citizens.

Cross-border energy projects must be supported by individual States, Provinces, Agencies, National Governments and Indigenous Peoples. Municipalities, non-governmental organizations, and other interest groups must be considered as well. Any of these different parties can change their priorities or positions at any time based on shifting circumstances. Also, between our two countries, we have a lot of elections.

With so many voices to be heard, opinions to be understood, perspectives to be acknowledged and jurisdictions to be respected, it is a wonder we have managed to integrate our energy systems at all. Yet we continue to work together, to create mutual benefit. While we don’t always agree, we do get along. We have a continental energy infrastructure to prove it.

As cross-sectoral, non-lobbying bodies that pull together government and industry interests, the Energy Council of Canada (ECC) and the United States Energy Association (USEA) are sister organizations. This is why the ECC and USEA are pulling together like never before, to help shine a light on our world-leading North American energy relationship.

On November 17 at 1:00 pm ET our two organizations will hold a joint webinar, entitled What’s Working: The Canadian-American Energy Relationship. This online discussion will examine the energy ties that bind us and check in on some current projects that are strengthening our connection. My good friend Sheila Hollis from USEA and I will moderate the event, which will kick off a new and reinvigorated relationship between our organizations.

As the old saying goes, the joke isn’t funny if nobody hears it. The best way to understand and build the Canada/US energy relationship is to talk about it. Join the ECC and the USEA on November 17th as we get to know each other, our industries and our countries better.

Following his longstanding participation on the Energy Council of Canada’s Board of Directors, Jacob Irving became the organization’s President in January of 2018. His nearly twenty-year career in the Canadian energy industry is divided almost evenly between the petroleum and electricity sectors. He has spent more than half of this time successfully leading prominent energy industry associations, including the Oil Sands Developers Group and the Canadian Hydropower Association. As the President of the Energy Council of Canada, he strongly believes that better energy conversations yield better energy decisions, especially in a sophisticated and ever-changing democracy like Canada.