The Promise of a Bright Electricity Transmission Future Ahead

The Promise of A Bright Electricity Transmission Future Ahead 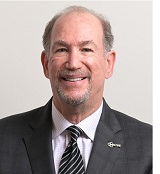 The prospects for upgrading and expanding the nation’s aging electricity transmission grid have never been brighter at all levels of government: national, regional, and state. A few weeks ago, the U.S. Federal Energy Regulatory Commission (FERC) launched a Notice of Proposed Rulemaking on Electricity Transmission that will initially explore transmission planning and cost allocation, and later address interregional transmission and generator interconnection. This rulemaking process represents a once-in-a-generation opportunity to address some of the challenges that have stifled the pace of deployment of low-cost wind and solar energy projects. With today’s heightened awareness of the importance of increasing energy independence, it is extremely timely that FERC address curtailments of existing resources and the extensive interconnection queue delays in the current system.

As we have learned from past experience, federal, state, and local government collaboration is crucial to the success of any transmission project. FERC has established a Federal-State Joint Task Force on Transmission, comprised of the five FERC commissioners and 10 state public utility commissioners. It is commendable that acknowledgement of this vital interaction is occurring at the outset of the rulemaking process. The creation of the Joint Task Force bodes well for more efficient, cross-jurisdictional decision-making ahead, as well as support for the final rule.

There are also some positive regional signals for the power delivery infrastructure. The Midcontinent Independent System Operator (MISO) is collaborating with stakeholders on a $10.4 billion set of transmission lines that could support approximately 53 gigawatts (GW) of wind, solar, hybrid and stand-alone battery storage. According to MISO staff, the transmission facilities would provide $37 billion in benefits across MISO’s northern footprint over the next 20 years, including parts of Michigan, Indiana, Illinois, Wisconsin, Minnesota, Missouri, Iowa, and North and South Dakota.

The plan estimates the projects could provide 213,000 jobs from building renewable energy and energy storage facilities, plus another 120,000 jobs building the transmission infrastructure. The 53 GW of capacity would provide enough power to supply the equivalent of 12 million homes, with benefits outweighing costs in all of the region’s transmission zones. The Tranche 1 transmission plan yields shared benefits 2.6 times greater than costs, including:

There is also progress on the interregional front, as the Joint Targeted Interconnection Queue study (JTIQ) demonstrates the advantages of collaborative, long-term transmission planning in the Southwest Power Pool (SPP) and MISO regions, where abundant resources exist that can be stymied by insufficient transmission capacity. MISO and SPP each modeled significant amounts of new generation near their boundary and considered a number of alternative solutions, including those submitted by stakeholders. Their modeling spans a multi-year period resulting in a more cost-effective approach, as one larger solution often costs less than multiple band-aid solutions. The results reveal seven transmission projects in both service territories where at least 28 GW or more of new generation could be supported while bringing significant economic and reliability benefits to consumers. With the solutions identified, MISO and SPP are now determining cost allocation so that the assigned costs are ‘roughly commensurate’ with expected benefits, per FERC’s guidance. MISO and SPP are also identifying interconnection processes that could result in shorter timelines and more certainty for the next generators seeking to connect to the grid.

These examples illustrate the complexity of the current transmission planning, siting, and construction processes, as well as the extensive engagement by multiple constituencies. Broader coordination across a larger geographic footprint benefits consumers by reducing overall system costs, delivering the lowest cost energy to where it’s most needed.

This is an exciting time for the clean energy transformation, particularly the power delivery infrastructure. Together, we can demonstrate significant progress toward creating a transmission planning system equipped to meet the demands of the 21st century.

This article originally appeared in the USEA May 2022 newsletter.