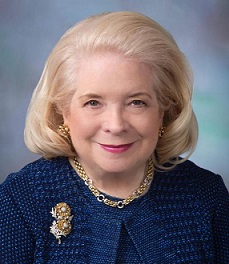 Washington, D.C. – This Thursday, January 20, the United States Energy Association (USEA) will welcome leaders from most of America’s major national energy trade associations to participate in its virtual 18th Annual State of the Energy Industry (SOTEI) Forum. As USEA’s flagship event, SOTEI provides a platform for energy executives to share public policy objectives and priorities for the upcoming year.

This SOTEI promises to be captivating, as energy policy has become the existential issue of our time. In just this past year, energy issues catapulted to the front and center of the public eye. Previously, the intricacies of energy were known only to professionals within the industry; now, extreme weather events, fuel costs and shortages, power outages, pandemic disruptions, major energy infrastructure legislation, and cybersecurity attacks have placed energy under a microscope. This Forum will most certainly reflect this heightened public awareness.

While it is encouraging to see these ripples of change taking root, many complexities still exist, and a wide-scale transformation will occur slowly. A rapid energy transition is not possible given the stubborn nature of energy systems in our lives. The sheer size of existing energy assets and investments in our country, all held by a variety of stakeholders, ensures that no person or entity can fundamentally overhaul the system in a short period of time.

At this Forum, the very participation of so many leaders from associations that represent competing sources of energy is a microcosm of the democratic processes that determine major energy decisions. These executives, while they often disagree on the best path forward and how to achieve it, do find common ground and know we must all work together to decarbonize the planet. As the clean energy transformation occurs, we can’t take for granted our magnificent country where all voices can be heard. USEA’s SOTEI provides a truly unique platform where the audience can listen to competing points of view and alternative solutions.

Our guest speakers will not only delve into the 2022 outlooks of their respective energy sources, the relationship between energy and the environment, and how to best reduce emissions, but will also discuss how to best address other factors that threat or strain our energy systems. Among many, two of the most prominent are cyber security concerns and critical minerals shortage.

Despite years of private/public sector collaboration through “Grid Ex” exercises, cyber security simulations can only begin to introduce the many potential vulnerabilities to the power infrastructure or gas pipeline systems. When a massive cyber-attack occurred mid-year, it revealed a new vulnerability. The Colonial Pipeline attack illustrated one of the most cynical and commonplace reasons for a possible attack on an energy entity: organized crime attempting to withhold corporate data in exchange for ransom.

The attack created gasoline shortages as Colonial Pipeline – which controls 45% of the gasoline, jet fuel and diesel along the East Coast – halted its supplies until the situation could be better understood, resulting in gas shortages and long lines at gasoline stations. The fundamental question was whether the pipeline operations were or could be compromised by the ransomware attack. Industry lessons are still being learned today from this incident, reinforcing the many unknown complexities surrounding cyber protection.

The second issue – critical minerals – now surfaces, paradoxically, as the clean energy transition has accelerated over the past year. Our speakers will touch on the worldwide search for new cobalt and lithium supplies needed for electric transportation and other basic components of a long-term green energy future, including advanced energy storage systems. Nearly two-thirds of the world’s cobalt resources are in the Congo, where global geopolitics play a major role. In the Western hemisphere, America’s indigenous peoples will again be put under supreme pressure, as vast reserves of critical minerals are located on their reservations.

Those who know me will recognize my time-honored mantra: ‘energy never sleeps’. Very few economic sectors have more consequence and technical challenges than energy. Some of today’s most cutting-edge and significant issues stem from the energy and environmental arenas.

Our energy leaders know this, and they also know energy has never been as sleepless as it is today. As highlighted in a recent issue of the Financial Times, Washington is indeed ‘the world’s most powerful village’, and USEA contends that energy is its backbone.

Come learn why on Thursday.

Sheila Hollis is the Acting Executive Director of USEA and former Chairman of the Board of Directors.