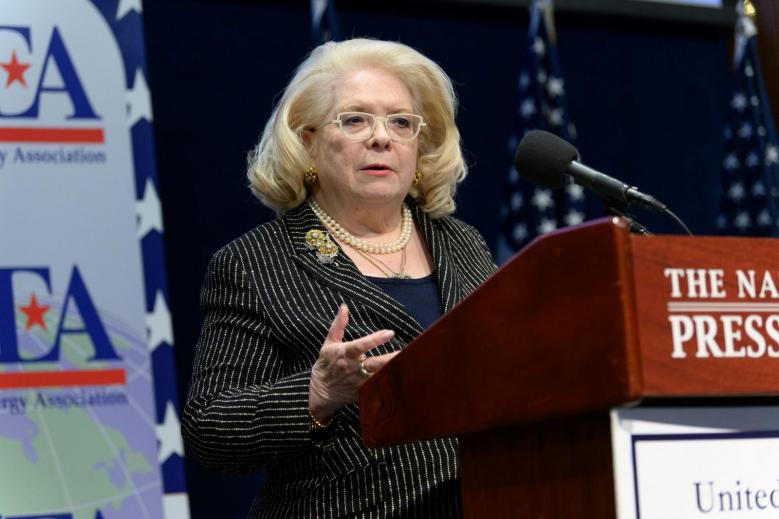 This article originally appeared in the November 2020 edition of Public Utilities Fortnightly.

The USEA was rocked in August by the passing of executive director Barry Worthington. Upon hearing the sad news, PUF published a statement from USEA Chairman Sheila Hollis in the September issue, trying to articulate the Association's grief.

Now, Sheila Hollis is appointed acting executive director at USEA, as the Association finds its footing. That puts USEA in good hands, as Hollis is chair of the law firm, Duane Morris, LLP Washington, D.C. office, well known in energy circles, and simply brilliant, as you will find out when you Google her.

Here, Hollis expands on the transition at USEA, what it means looking back and ahead for the great work this Association is known for. USEA Staff is busy all around the world, even during a pandemic, so you will want to listen in on what is going on.\

PUF's Steve Mitnick: What is the mission of USEA?

Sheila Hollis: There are two major missions. The first is the convening of ideas and people. You could analogize it to the Aspen Institute of Energy.

The second mission is the expansion of energy access in emerging economies. One mission is not greater than the other. They are both pillars that stand together.

This is the outreach to the world. The unique contributions that USEA is making are extraordinary in the international and national communities.

Either mission would be the basis of a whole organization unto itself but through the vision to be able to do both, it's not just meetings of smart people talking to each other. It's the outreach and the impact that we're having to deliver safe, reliable, environmentally responsible energy as a human right.

That is what comes through to me and that's what we're trying to continue to do. Everything I see in USEA is strong and in place. The biggest challenge is that we must operate virtually for now. We're missing the camaraderie and the sharing of ideas that doesn't happen remotely.

We don't want to be a lesser USEA. Despite the tragedy of Barry's death and mourning his loss, we remain strong. We want there to be more USEA. Thus, the burden is on the board, the leadership, and the staff of USEA.

PUF: What do you have planned to try to make USEA the same or better than before?

Sheila Hollis: USEA has never been more needed in the world, and there's never been more action on the topics. The record will speak for itself. In the past two months, we've done fifty-eight webinars and workshops of various types and sizes.

There have been at least a thousand different registrants, and maybe more. But sometimes people register and can't participate live because of time zone differences. These aren't just locals. These are people all over the world who are tuning in.

Recordings of the event are made available so they can watch the whole discussion, like the Advanced Energy Technology Forum. This was also possible with the NPC Dynamic Delivery report, which has tremendous consequences. We are continuing educational outreach and placing it in high gear, especially given the restrictions that we have with respect to in-person meetings.

How do we make things meaningful? How do you make it click when you can't all be in a room together? It's the natural human condition to want to be together. We're continuing on with convening, albeit through a screen, and continuing with the educational forum portion. We're also continuing our work worldwide on various efforts and our mission to develop our internal teams.

The teams are in place, but we're trying to get them talking more amongst themselves because of the nature of the beast of what USEA was. There were so many brilliant minds who were on planes all the time, and they had limited interaction with each other. Thus, we had one group doing one segment of the USEA initiatives and another group doing another segment of the initiatives.

We're starting from the ground up to have more internal communications. We've had one big town meeting of everybody in USEA, a good lengthy one, and that was to roll out the idea of team building because we won't see each other at the office.

We are doing group team meetings. They've proven to be amazing because everyone can concentrate together. One of the drawbacks of large in-person meetings is that everybody is distracted by incoming calls and messages.

Being completely virtual has offered advantages. We are encouraging more virtual team meetings on an ongoing basis. It's so easy to schedule a call and have everyone join in to talk, share ideas, and coordinate. It's been quite helpful.

Our large forums have also benefitted from being hosted virtually. First, there are no longer any physical barriers. Our Advanced Energy Technology Forum, held in mid-September, had three hundred and twenty registrants from thirty-three countries. That global participation is only possible because it was held online.

The second benefit is there are less distractions. In a big conference room, for example, there are people getting up and sitting down, people are whispering to each other, et cetera. Virtual forums eliminate that.

There are so many moving parts in USEA. It's the nature of our organization. We are active all over the world, and we work with diverse groups with different needs. It's a unique organization. Considering this, it's important for us to communicate effectively internally and externally.

It's critical to get the story out about what we are doing and the energy industry's impact throughout the world. There's hydro, nuclear, oil, gas, and all forms of alternative energy. With the teams, you are overwhelmed by the intellectual firepower.

PUF: How does that work when the need is greater because the pandemic is international, but talking about American values and ideas in energy, to whether it's South Asia or Africa or Eastern Europe or wherever?

Sheila Hollis: There are a lot of three a.m. phone calls for our staff. That's the dedication we have and they're in continuous contact. It's heartbreaking that we can't travel because that was a key part.

We're playing the hand we're dealt here and the hand that everybody else has to play too. Unless our partners want to stop, the expansion of knowledge is essential for the betterment of their country, environment, and people. I don't think they have any interest in stopping. They want to keep moving forward and I know we do.

They can't just wander off and say, too bad. People want progress. This is impacting millions of people throughout the world. We can't throw up our hands and say, we're not going to do this anymore and we're not going to give it everything we've got.

PUF: Who's going to step up and lead?

Sheila Hollis: That's not my decision, and the board will decide when they're ready to.

PUF: How will you proceed in the interim?

Sheila Hollis: The board will continue their meetings and subgroup meetings; it's a sophisticated board representing the entire energy industry. Vicky Bailey chairs the board, and she is knowledgeable.

They are up to speed about what we're doing and what we see as the needs for the future. We want to keep all hands-on deck in USEA and continue our mission.

That's what we're proceeding on. Following the initial shock of the first few days when we were all completely stunned by Barry's loss, we are now going on full force.

PUF: You've been a successful energy lawyer and involved in a lot of big matters over your career but been a fan and involved and loyal to USEA as an institution. What's rewarding about that?

Sheila Hollis: The reward is knowing that the purpose of the organization is fulfilling and so important to the world and to this country. I like to say, energy never sleeps, and we can't sleep either.

As an example of the speed and unpredictability of the energy world, some years back I was out on the West Coast for a bar association meeting in San Diego. I got up in the morning and was looking at the ocean and the wide waves were particularly enormous.

That was the beginning of the impact of Fukushima, the typhoon, and everything related. I hadn't turned on the television. I was just out on this beautiful balcony and that's how fast it changes.

There are very few businesses like energy, that A: have the consequence, B: move as fast, and C: have the technical challenges, not just on a computer, but what effects real people in the real world. It's gratifying.

My biggest challenge has been learning all the new tech issues that are necessary to survive in this job. I receive a lot of hand holding on that from USEA staff because it's challenging to be on four or five different platforms for meetings like this. People are all over the place, there are technical difficulties, and you try to keep your cool.

Although virtual offices are great, I miss being physically with other people in the work context, so those are the challenges. I love what USEA is doing and when you find something you love to do, it's not really work because every day there's so much to learn. You can't rest on your laurels for even a minute because there's another challenge and the emails keep coming in.

PUF: Talk about the staff.

Sheila Hollis: Those people are crown jewels. The intellect, impact, and dedication are extraordinary. It's made more extraordinary by the fact they didn't all even get together physically that much, because they were on planes most of the time, but they were together on particular projects.

I want to talk to every individual, and it's not a superficial conversation. We are going into everything that's going on and it's an intellectual challenge, but it's great to see such good people trying so hard under these mad circumstances that we're all operating in.

Security worldwide has been a worry for many years, and I've done a lot of international gigs and it's stressful. We have a strong set of women on USEA staff too, and they are not to be trifled with. Our staff is diverse and from every corner of planet Earth.

It's an amazing group of people and it's an honor to work with them. You never get tired of talking to smart people, although they are smart, they could get on your nerves sometimes. Yet, they're quite self-effacing, and there's not much self-promotion. I've been amazed.