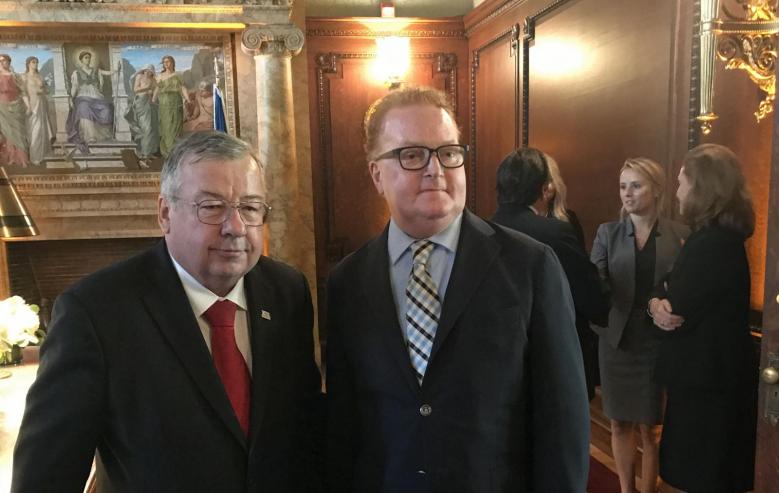 "We are saddened by the loss of Former FERC Chairman Kevin McIntyre, and we send our deepest condolences to his family and colleagues.

Kevin McIntyre became FERC Chairman in 2017, and he showed strong leadership from start to finish.

His sense was keen, his perspective grounded. And he knew how to communicate the realities of the complexities of the electric market.Our economy rests on our energy industry. Having sound regulation is critical. Kevin McIntyre understood this principle.

Though his tenure was relatively short, Kevin McIntyre made an impact. In his first few weeks as chairman, he was faced with the Energy Department’s grid resilience plan, which divided industry at FERC’s doorstep. But Chairman McIntyre, without favoritism or discrimination, simply said DOE didn’t need FERC and that the regulator could be kept out of the process until necessary.

During his tenure as chairman, Kevin McIntyre kicked off a review of FERC’s 1999 pipeline approval process in his quest to find the best way to transport a growing supply of natural gas to load centers. And understanding the new energy landscape of abundance, Chairman McIntyre began streamlining the review process to site and construct LNG import and export terminals.

Chairman McIntyre relinquished his position in October 2017, but he stayed on the commission until he passed away, leaving FERC with a legacy of commitment and a palpable absence."