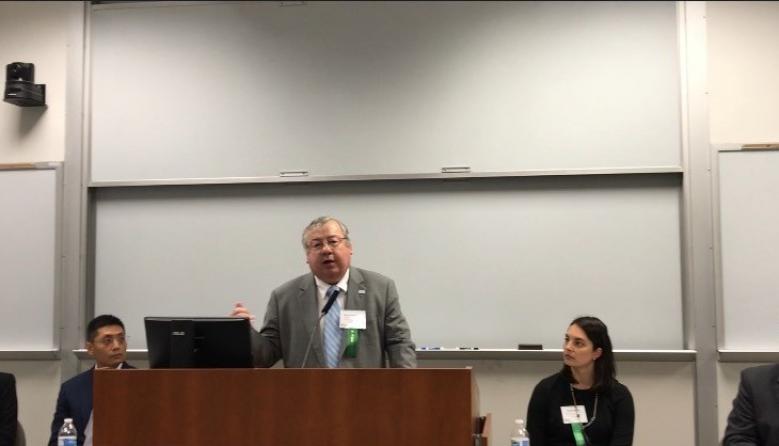 New Orleans, LA — On the heels of U.S.-China trade talks in Washington last week, Tulane University Law School hosted its Fourth Annual U.S.-China Energy & Trade Forum this week to discuss the impact the 15-month long U.S.-China trade war has had on global energy, and expectations of a partial deal that could be reached next month in Chile.

The event was hosted by Tulane University Law School and the Freeman Business School and organized by the U.S.-China Energy and Environment Technology Center (EETC).

In a statement following the Forum, Worthington said, “China has a $12.5 trillion economy that is expected to grow at six percent or more. It needs energy resources to continue on this trajectory. Meanwhile, our energy industry has an abundance of natural gas that exceeds domestic demand. In short, the U.S. and China need each other, and the world needs the U.S. and China to get along.

“The global LNG picture underscores our view. As of 2018, the world had 19 export terminals and 41 import terminals. And, global demand for energy is expected to double by 2050. The U.S. is already a major LNG supplier with our three operational export terminals--one in Texas, one in Louisiana and one in Maryland. We expect to be the third largest global supplier of LNG by the end of this year, and we expect to continue growing as dozens of terminals are still under construction in the U.S. Concurrently, our regulatory agencies have streamlined the LNG permitting process.

“The U.S.-China energy relationship is symbiotic, and cooperation on energy is likely for the long term, despite short-term trade issues to course correct our global trade deals.

“Each year, USEA, with the U.S. Energy Department, brings together public and private oil and gas stakeholders from both of our countries to discuss resource management. China is aware of its growing demand for natural gas, and the global demand that could rival its own.

"As the U.S. becomes a larger world supplier, especially of our oil and gas resources, and as we become less reliant on other countries for our energy and technology, our negotiatin power on other issues of national interest increases.

“Will there be bumps in the road? Yes. And that’s ok. We can have both cooperation and competition with China.”