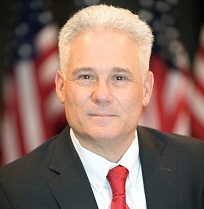 Will Polen, Senior Director, USEA
The Georgian State Electrosystem (GSE) recently announced the launch of a feasibility study on construction of an electric cable across the floor of the Black Sea. This underwater, high voltage, direct current electric power transmission cable will connect the power network of the Republic of Georgia—and by extension the entire Southern Caucasus region—to Romania and to the larger European wholesale electricity market. Such an interconnection would increase the stability and reliability of both countries’ networks, as well as increase opportunities for transparent, wholesale electricity trade. It promises to bring the region closer to its shared goal of energy security and a transition to clean energy.

In the early stage of this project, a preliminary World Bank assessment confirmed that the idea of a submarine cable connection held economic promise, but lacked evidence of technical feasibility. The USEA Energy Technology and Governance Program (ETAG), funded by USAID, was invited to use its convening power and technical expertise to provide the requisite network modeling and analysis. We found that—with minimal upgrades—the countries’ networks are sufficient to support the submarine interconnection cable, and we offered a set of network models to be used by the relevant transmission system operators to ensure network reliability once the cable is completed.

With support from the World Bank, GSE is now proceeding confidently to the next stage of meeting its goal: a full feasibility study needed to secure project funding. And countries across Europe and Eurasia stand to benefit from the eventual success.

The USEA ETAG program has developed and curated a uniquely robust and detailed set of network models over the last 20 years. Prior to USEA involvement, countries across the Europe and Eurasia region lacked their own energy models and modeling capacity, as did the region as a whole. The models we developed and maintain with USAID support are now used as the evidence-base for every transmission network investment decision that the region’s utilities and energy ministries make.

The region’s maturing energy industry tests the impact of every proposed investment against these models. From large-scale undertakings, like the Georgia-Romania undersea cable, to the more routine decisions about transmission capacity, network and substation upgrades, and cross-border connections.

It is because of this widespread dependence on our network models, that the USAID/ETAG partnership has leveraged nearly $35 billion in network and power generation investment in the region over the past 20 years.

As the need for clean energy and energy security in the region grows ever more vital, we are prepared to inform the region’s critical decision-making for decades to come.

Technical Assessment of the Submarine Electric Cable Between Romania and Georgia

Network planning is critical to the green energy transition