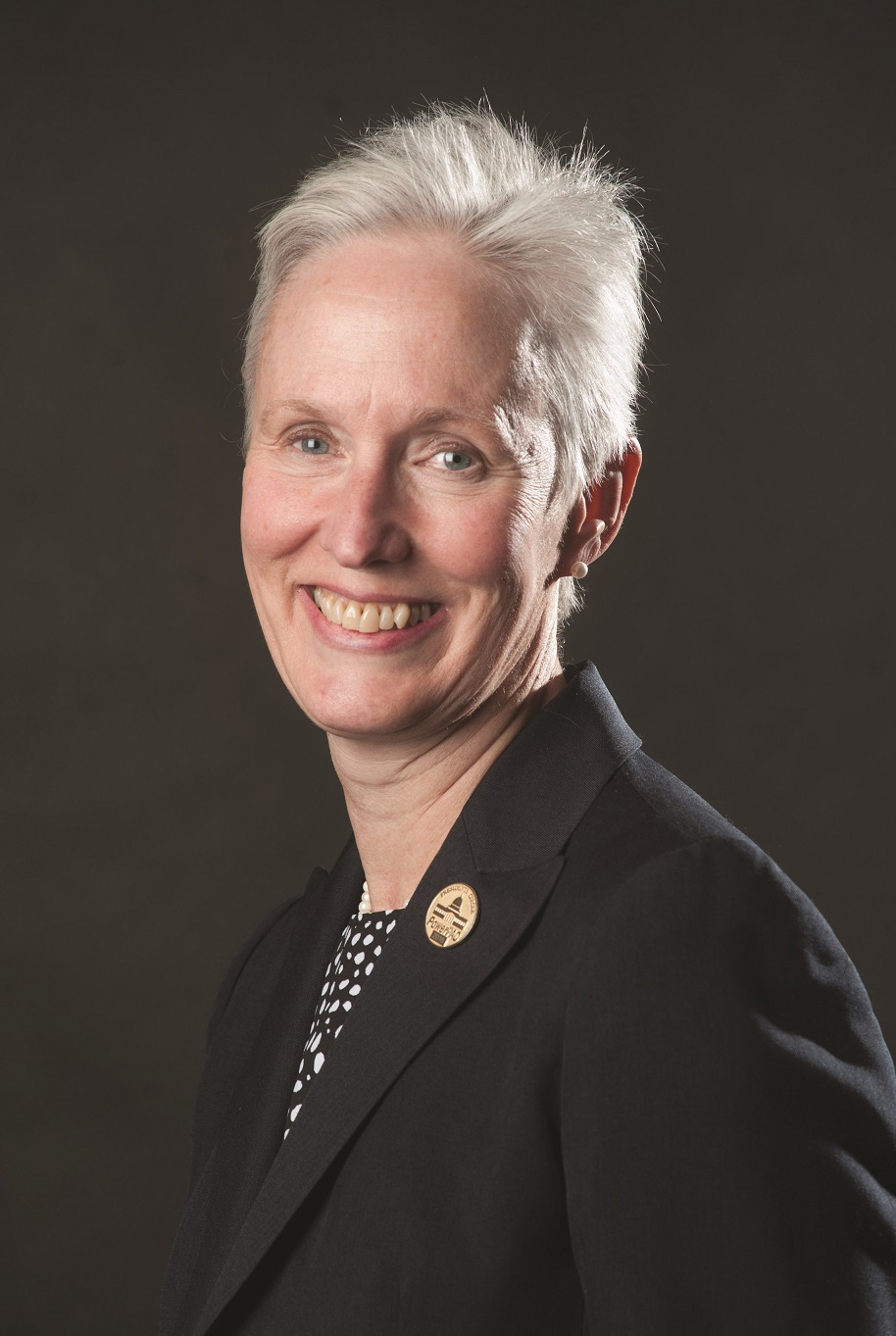 Sue Kelly is president and CEO of the American Public Power Association — the voice of not-for-profit, community-owned utilities that serve 49 million people in 2,000 towns and cities. She is the first woman to hold the position in the Association’s 76-year history. Under Kelly’s leadership, the Association has advocated on wholesale electric market issues, strengthened cybersecurity awareness and resources, and raised the profile of public power. Kelly has been in the energy field for 35 years, spending much of her career as an energy lawyer. She served as President of the Energy Bar Association in 2010-2011 and was named a “Friend of the Charitable Foundation of the Energy Bar” for her work with the Foundation. Kelly was named one of Washington’s “Most Powerful Women” by Washingtonian magazine in 2015 and “Woman of the Year” by the Women’s Council on Energy and the Environment in 2017. She has mentored many energy professionals during her career, as a way of repaying those who mentored her.

It was certainly not a straight shot. I went to college straight out of high school without any idea of what I wanted to do. I got a B.A. in Interdisciplinary Studies and Economics from a large Midwestern land-grant university but quickly realized that the dismal science was not for me and that I needed more education. So, I packed up my car and went to law school in Washington, D.C., on the theory that D.C. is where our nation’s laws are made.

After that, as a young associate in a large D.C. corporate law firm, I discovered that I liked energy law. I learned that there were different types of utilities and soon decided that I liked the idea of representing utilities that were not-for-profit and whose sole incentive was to serve the communities that owned them. So I switched to a boutique law firm and dove into the world of municipal utilities, spending the next decade working with public gas superintendents and utility managers in small cities and towns in the South and Southwest. I also did legal work for the American Public Gas Association. I really liked my clients, and while it took some time for them to get used to having a young woman as their Federal Energy Regulatory Commission counsel, they eventually became an extended family to me.

My rather tortuous career path eventually led to the National Rural Electric Cooperative Association, another stint in private law practice representing co-ops and public power utilities, and then to the American Public Power Association, which I joined in 2004 as its General Counsel. In 2014, I was asked to serve as its President and CEO, an offer I gladly accepted.

When I started in the utility sector, top executive positions were traditionally held predominantly by engineers, and engineering was a male-dominated realm. However, in recent years, we have seen utility leaders from more disciplines rise to the top — business management, finance, communications, legal, etc. And that, in turn, has opened the door to more women in leadership positions. Since I came to the Association, we have had four women board chairs — three with backgrounds in finance and law ­— who each made it to the top job at public power utilities. We have seen more and more extremely capable women joining our industry, including more women engineers. They have advanced by sheer competence and hard work.

As I work at an association in D.C., not a utility, our labor market landscape is different. Our Association has many high-performing women at all levels. This has happened organically, as they were the most qualified and motivated candidates for the positions we had open. They have brought us a range of complementary perspectives and skillsets. We have women as senior staff leaders in advocacy and policy, law, communications, education, and human resources. Our engineering and operations team has up and coming future women leaders who are leading programs and helping us think differently about the future of electric utilities.

We also have a workforce development strategic initiative through which we encourage our member utilities to build a more diverse workforce that reflects the communities they serve and to encourage women to realize their full potential for leadership. Among other things, we now have breakfasts and receptions for women at all of our major conferences. A female employee from one of our largest utility members told me a few weeks ago that going to one of those events inspired her to go back to her utility and start a women’s employee group. That was music to my ears. We also have a LinkedIn group for women on staff and from our member organizations — more than 500 women are members of this online community.

Six out of nine people on the Association’s senior leadership team are women. I think that speaks for itself. We encourage all of our employees to strive for and advance in their careers. Some of our women leaders have been with the Association for many years and rose through the ranks because of their hard work, dedication and brains. Others have joined us in the past five years and have added to our strength as a team.

Five women — all leaders of member utilities — have served in the role of board chair in our Association’s 78-year history. Since I came to the Association in 2004, I’ve had the privilege of working with four of these chairs — each one was powerful in her own way, and an inspiration to me.

Don’t get me wrong — public power utilities, like all utilities, have more work to do. We need to better reflect the diverse populations of the communities we serve. But I see encouraging signs of change. For example, more public power towns and cities are electing women mayors. Mayors can be champions of their community-owned and government-run local electric utilities and set a great example for what women in their utilities and communities can aspire to.

At our Association, encouragement of our employees’ career development is part of the culture. It’s something we do as part of our everyday work. There is much one-on-one mentoring of all our employees at every level. We also place a premium on training and employee development; as part of their annual goals, all employees have an individual development goal that they set together with their supervisors.

I too, have received valuable insights and encouragement from leaders who came before me — including Alan Richardson, who was the CEO when I first came to the Association, and Mark Crisson, my immediate predecessor. Women should not think only of other women as possible mentors and career advisors — they can come in many forms. I should mention Jan Schori of SMUD and Phyllis Currie of Pasadena — two board chairs I worked for who were great role models for me. While we are not required to report it publicly, we do track the makeup of our workforce internally, and the details are available upon request.

Our Association has a volunteer board elected by our members. They generally are the CEOs or general managers of member public power utilities. We have seen more women on the board in recent years, including more board chairs, but we still have more work to do.

Many of our member utilities are themselves governed by a city council or utility board — but members of these bodies are either elected or appointed by local and state governments. So our situation is different than that of an investor-owned utility corporate board.

The energy and electricity sectors should always be mindful of the changing demographics we serve and reflect that in the people we hire, foster, and advance to leadership positions. The broader utility industry is doing quite a bit in that regard; I serve on the board of directors of the Center for Energy Workforce Development and have seen the good work that group is doing to help our industry create a diverse pipeline of qualified employees that we can hire and promote.

We need to start while they are young and develop outreach programs to attract young women in our schools and colleges to the full suite of careers in energy and electricity — not just in the STEM track but also in business, policy, communications, and customer service. Those of us in leadership positions should share our story and tell these young women how rewarding careers in energy can be.