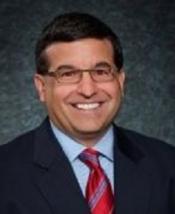 David Marventano serves as senior vice president of Government Relations for Fluor Corporation, where he is responsible for the strategic development and management of Fluor's government affairs program and for advising company management on matters relating to legislation and public policy issues of interest to Fluor.

Prior to joining Fluor in 2003, Mr. Marventano served as staff director of the Energy & Commerce Committee of the U.S. House of Representatives. There, he was responsible for legislative and political strategy relating to matters on energy, environment, health, telecommunications, the Internet, and general commerce and trade.

Previously, Mr. Marventano held leadership roles on the staffs of Reps. Billy Tauzin and Bill Paxon, and worked for the Securities Industry Association as its vice president and senior director for Government Affairs.

He began his professional career in Albany, New York, on the staff of Assemblyman Michael F. Nozzolio and worked in the legislative counsel's office for Assembly Minority Leader Clarence “Rapp” Rappleyea.