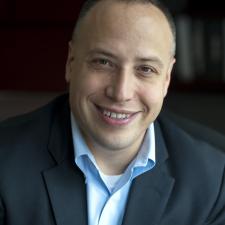 Mr. Grybowski is the Chief Executive Officer of Deepwater Wind, where he manages the company’s portfolio of offshore wind and transmission projects. He has been intimately involved in the development of Deepwater Wind’s path-breaking Block Island Wind Farm since its inception in 2008.

Mr. Grybowski has been at the forefront of shaping the commercial structures and government policies necessary to support offshore wind in the U.S. He plays a key role in the development of federal and state policies governing the leasing, permitting, and commercialization of offshore wind and transmission projects. Through the advancement of the Block Island Wind Farm, Mr. Grybowski has been a leader in establishing the commercial framework for standing up a new renewable energy industry in the United States.

Mr. Grybowski previously served as Chief of Staff to the Governor of the State of Rhode Island, where he was the Governor’s senior advisor on all matters of state business, including fiscal policy, management of state operations, legislative strategy, and the formation and implementation of executive policies. He previously practiced corporate law at Hinckley, Allen & Snyder in Providence, Rhode Island and at Sullivan & Cromwell in New York, New York.

Mr. Grybowski earned an A.B. with Honors in Public Policy from Brown University, a J.D. with High Honors from the University of North Carolina at Chapel Hill School of Law, and served as a Law Clerk to the Chief Judge of the U.S. District Court for the District of Rhode Island.