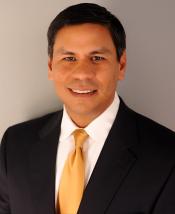 Mr. Arenivas is President of CO2for Kinder Morgan, one of the largest energy infrastructure companies in North America. Kinder Morgan CO2 is the largest transporter of carbon dioxide in North America, delivering approximately 1.3 billion cubic feet per day for use in enhanced oil recovery projects. Mr. Arenivas is responsible for overseeing the engineering, development, production and marketing operations for the CO2source, pipeline and enhanced oil recovery assets owned by the company.

Mr. Arenivas joined Kinder Morgan in 2003 and has served in various financial, accounting, and business development roles including Vice President of Finance and Accounting for the CO2business segment. He was named President of the CO2 business in 2014.

Mr. Arenivas holds a Bachelor of Business Administration in Finance from the University of Texas, Permian Basin and is a Certified Public Accountant in the State of Texas.