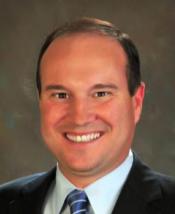 Dominguez leads the development and implementation of federal, state and regional governmental, regulatory and public policy strategies for Exelon Corporation, one of the nation's largest electric companies with approximately $24.9 billion in annual revenues.

Dominguez’s legal/engineering background and analytical approach to problem solving has and continues to play an important role in Exelon’s success. Dominguez has been selected as a featured speaker at numerous national and regional industry conferences on a broad range of energy matters.

Prior to joining Exelon, Dominguez was a partner in the law firm of White and Williams, L.L.P., with a broad-based litigation practice counseling large and small corporations, institutions and government entities. He is also a former assistant U.S. Attorney, Eastern District of Pennsylvania, where he spearheaded the investigation and prosecution of numerous crimes ranging from money laundering to murder-for-hire.

In October 2011, Dominguez co-founded the Association of Latino Energy and Environmental Professionals (LEEP), an organization focused on ensuring the Latino voice is heard in the energy and environmental industries. Dominguez also serves on several Boards of Directors/Councils, such as the Corporate Advisory Board for APM (a health, human services, community and economic development non-profit organization helping families in the Philadelphia metropolitan area) and the Corporate Advisory Council of Congreso de Latinos Unidos (a non-profit organization serving families in the Philadelphia metropolitan area). Dominguez has received several awards, including the Michael K. Smith Excellence in Service Award from the Pennsylvania Bar Association, the Adelante Award from APM and the 2012 Delaware Valley’s Most Influential Latinos Award from the Most Influential Latinos Foundation, Impacto and the Philadelphia Multicultural Affairs Congress (MAC) and 2013 Honoree of the Hispanic Bar Association of PA Legal Fund (HBALEF). www.exeloncorp.com

Dominguez has an undergraduate degree, with honors, in mechanical engineering from the New Jersey Institute of Technology, which he attended on full scholarship. He is a graduate of Rutgers University School of Law (High Honors), where he was named a Ralph Johnson Bunche Scholar and a Dean’s Scholar.