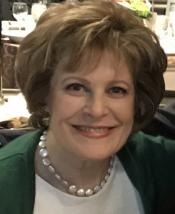 Merribel Ayres, Founder & Principal of Lighthouse Consulting Group, has been a central player in the energy sector for 35 years. Her in-depth background with leading energy companies (their investors, customers, and stakeholders) enables her to provide a critical perspective for Clients and Boards, both as an Adviser and Director.

Her experience within the sector includes renewables (wind, solar & geothermal), natural gas, coal, oil, nuclear, efficiency programs and electric grid modernization. She is recognized for her expertise in Climate/Carbon, the Energy Transition and ESG (Environment, Sustainability and Governance) strategies. She has a track record in brokering agreements and partnerships among diverse stakeholders (business, government & NGO).

She served as a Director of CMS Energy (NYSE: CMS), a Michigan-based electric and gas utility, where she was recognized by her fellow directors for significant contributions to the company’s forward strategy, with an emphasis on clean energy, environment & sustainability matters. Her committee assignments during her tenure as a CMS Director included: Governance and Corporate Responsibility, Finance, Audit and Compensation.

She also served as a Director at Alliance Resources, LP, and was a member of the Advisory Council of the National Renewable Energy Laboratory.

A prominent expert in her field, Ms. Ayres has testified before Congress and appeared before numerous industry and public policy forums. She has been quoted and profiled by national newspapers and leading industry publications, including The Washington Post, The Wall Street Journal, The New York Times, Roll Call, National Journal, The Energy Daily, and Association Management Magazine.

Ms. Ayres began her career in journalism as a staff reporter at The Hartford Courant (CT), and as a contributing reporter to the New York Times, Connecticut Section. After moving to Washington, she worked for several years on Capitol Hill. Prior to establishing Lighthouse, Ms. Ayres was CEO of the National Independent Energy Producers where she played a leading role in framing the national debate over increased competition in the electric power industry. She also worked in the US paper and forest products industry (the former Champion International Corp.).

She has excellent competency in French and comprehends both spoken and written Italian.