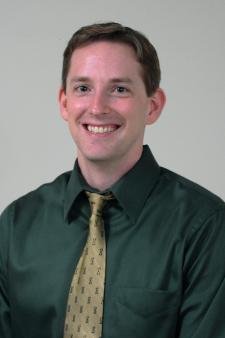 Dr. Merkel joined Membrane Technology and Research, Inc. (MTR) full-time as a Senior Research Scientist in January 2003, became Director of Process Research and Development in early 2007, Director of MTR’s Research and Development Group in 2009, and Vice-President of Technology in 2013.  MTR is a world leader in the development and production of membrane-based separation systems for the petrochemical, natural gas and refining industries.

In his current role, Dr. Merkel leads a team of researchers developing new membrane materials and processes for use in industrial gas separations.  He has acted as Principal Investigator for MTR on many competitive awards from different federal agencies, such as the National Science Foundation, Department of Energy (DOE), and the Environmental Protection Agency.  Some of his group’s recent work includes an industry-leading program on carbon capture, where MTR collaborates with the DOE.  This work has progressed from initial feasibility studies to a recent successful demonstration of the technology at a 20 tonne CO2 /day small pilot scale.

Dr. Merkel has published over 30 peer-reviewed articles and has given numerous presentations at academic and industrial meetings internationally. He is co-author on 23 patents in the field of membrane-based carbon capture. In addition, he serves as a member of the Board of Directors for the North American Membrane Society, and has taught a workshop on industrial gas separation membranes at the Society’s annual meeting for many years.

The Importance of R&D in Advancing Energy Technologies