Skip to main content
On Heels Of COP25, USEA Chief Tells Fox News: U.S. Is Doing More Than Any Other Nation To Meet Global Climate Goals 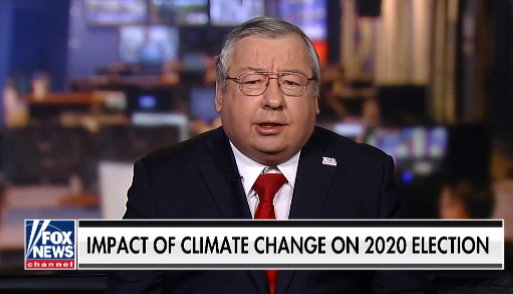 In an interview with Fox News host Ed Henry just after Madrid hosted a global climate meeting this month, Worthington said the American energy industry is doing what other countries are simply promising.

197 countries signed onto the Paris Agreement in 2016; only 185 countries have ratified their commitment.

Now, on the heels of the 25th Conference of Parties (COP25) in Madrid, members of the United Nations Framework Convention on Climate Change have done little beyond make promises, Worthington told Fox News’ Ed Henry.

“China [for example] has committed to try someday, and that’s the commitment the Chinese government made under the Paris Accord, which was part of the reason President Trump decided to pull out of Paris,” Worthington told Henry.

Whatsmore, China is not using innovative technology, like carbon capture and sequestration, to capture emissions from those plants.

USEA is strong supporter of the 45Q tax credit, an incentive for energy and industrial operators to use carbon capture and sequestration technology.

“We’re ahead of the game,” Worthington said. “[And] we’re using the best technology, both to build new facilities and to retrofit and remodel existing facilities.”

Worthington said energy consumption globally will increase between 50 percent and 100 percent by 2050, so deploying clean energy technology and advancing innovation is “critical.”

“We’re going to need all the technologies that we can deploy,” Worthington said.

When asked about the impact the energy plans of 2020 Democratic candidates will have on middle class families, Worthington told Henry, “[Consumers] are going to see their energy costs go up dramatically, and their taxes go up dramatically. The key is to allow the industry to deploy technology, fund innovation, and find ways to reduce emissions while keeping costs affordable.”

If you would like to speak with USEA Executive Director Barry Worthington, please contact Dipka Bhambhani at [email protected] or 202-321-3337.