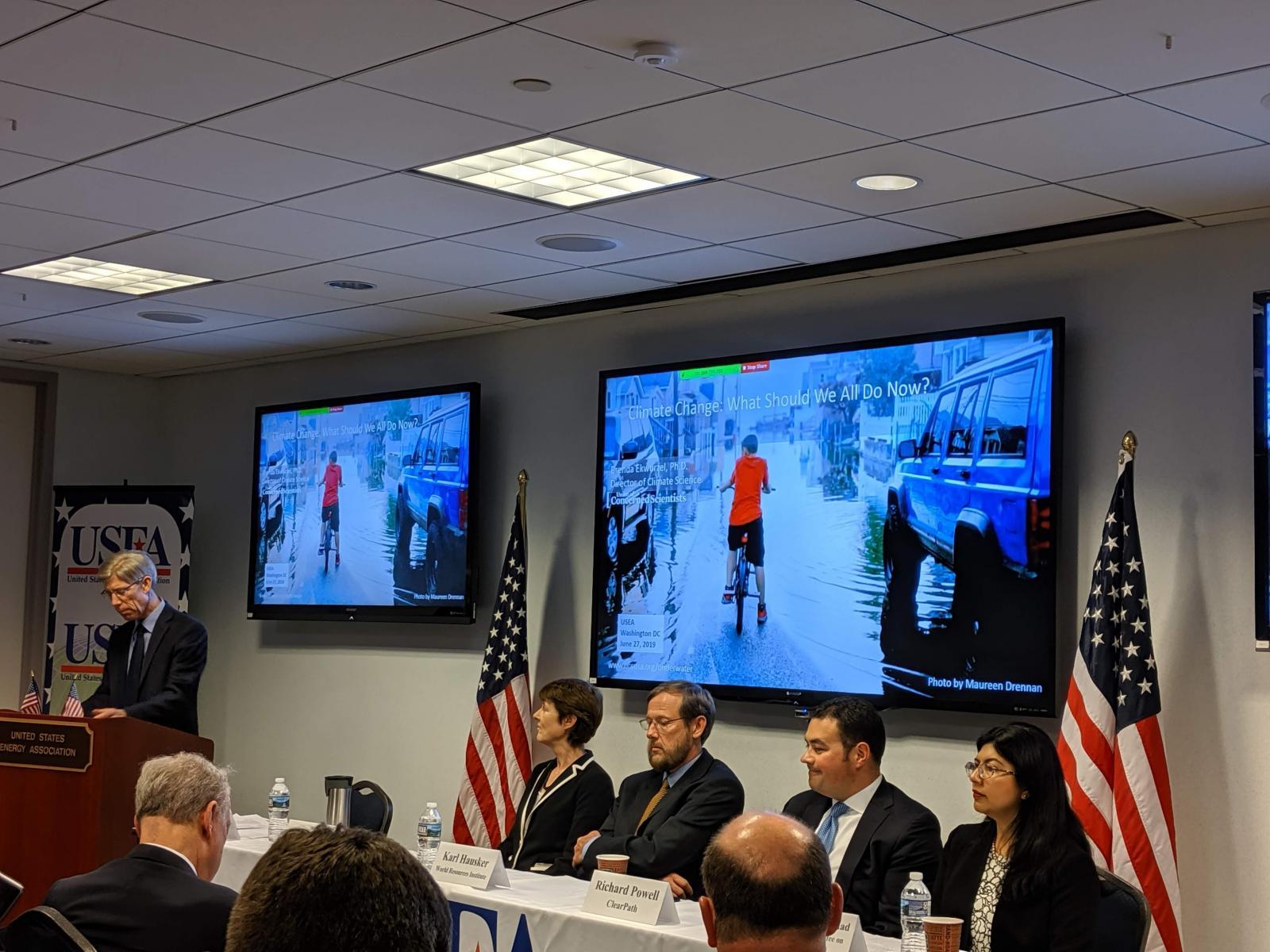 “Emissions need to reach a net zero by mid-century in order to stay below the projected 1.5 °C global temperature increase,” That was the message Karl Hausker was conveying when he spoke on Friday at a panel hosted at USEA.

The USEA Briefing on June 27-Climate Change: What Should We All Do Now focused on the current status of climate change and the industry, and policy changes that need to be made to mitigate it.

Ekwurzel began with a presentation discussing the visible impacts of climate change, citing the dramatic increase in wildfires in the U.S. since 1985. Ekwurzel also predicted that by 2090, the U.S. would be dealing with coastal property damage costing up to $118 billion per year.

Hausker spoke next about the importance of carbon and how it needs to mitigated, saying that “all pathways require CO2 removal from the atmosphere.”

During Powell’s presentation, he spoke about proposals to utilize lower emission fuels such as natural gas, which has regularly outperformed renewables despite having no national or state mandates.

Ahmad told the panel about the progress of the new Select Committee on the Climate Crisis, most notably the passing of H.R. 9 (the Climate Action Now Act) in the U.S. House, a bill that would prevent the use of federal funds to advance the withdrawal of the United States from the Paris Agreement. President Trump had announced early on in his presidency that the U.S. would renegotiate its obligations under the global climate change agreement.

Related Content:
USEA Briefing - Climate Change: What Should We All Do Now?