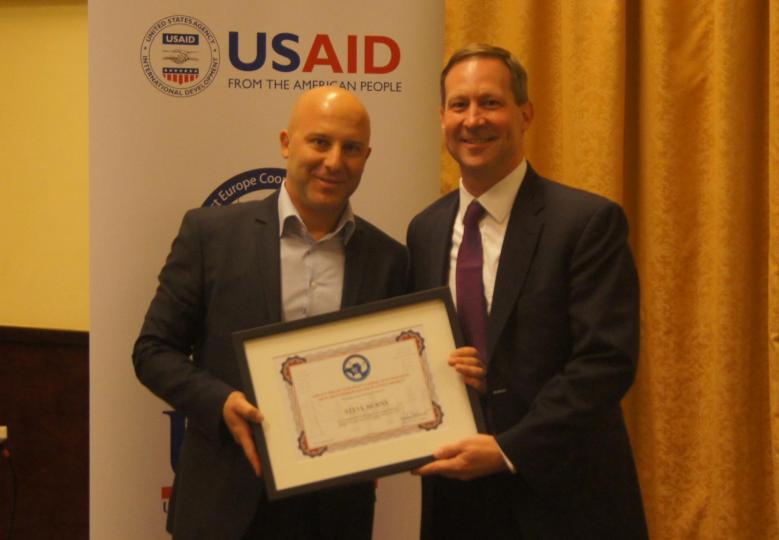 By Steve Burns, USAID and Will Polen, USEA

October 24 was a historic day for the partnership between the U.S. Agency for International Development (USAID) and the U.S. Energy Association (USEA).

After 16 years, and as planned, we brought the Southeast Europe Cooperation Initiative Transmission System Planning Project (SECI) to completion and turned over the region’s transmission system management to the European Network of Transmission System Operators of Electricity (ENTSO-E).

Borne from the ashes of the Balkans War, SECI was a multinational effort among national transmission utilities in Albania, Bosnia and Herzegovina, Bulgaria, Croatia, Kosovo, Macedonia, Montenegro, Romania, and Serbia, managed and funded by USAID and USEA.

The models or scenarios reveal to how renewable energy generation can safely and reliably be added to the regional grid, the effect energy efficiency will have on electricity trade, and the potential to establish new connections with European wholesale electricity markets.

With the provision of advanced network planning software and extensive training supported by USAID and USEA, SECI has endowed Southeast Europe with a sustainable, regional network planning capacity.  The SECI models are deemed to be the most comprehensive and authoritative in Europe.  Their use in network planning studies is estimated to have already leveraged more than $1 billion in new electric power generation and transmission investment in Southeast Europe with several billion dollars of potential projects queued or under consideration.

The models produced by SECI serve a far greater purpose than simply serving as a basis for network analyses.  Equipped with a common planning platform developed in an open, transparent and cooperative manner, the participants of the SECI project possess a common “electrical” language in which they converse.  They are free to explore the benefits of regional cooperation that will bring greater efficiency to electricity trade and improved power quality to electricity consumers throughout the Balkans.

We are immensely proud of what SECI accomplished and what it reflects—cooperation, energy infrastructure expansion and economic development for the entire region. We are most proud that SECI is taking its rightful place as a European planning authority within the framework of ENTSO-E.

ENTSO-E is responsible for ensuring electric reliability and fostering competitive wholesale electricity markets from Lisbon to the borders of Poland. While it already bears a mantle of great responsibility and authority, its adoption of the SECI Working Group portends greater integration of Southeast Europe with the European grid and electricity markets.  It is our hope that as SECI continues to work toward these goals within the ENTSO-E framework, the legal, regulatory and commercial ties between the power sectors of Southeast Europe and the European Union will get stronger and advance our shared Euro-Atlantic objectives.

While USAID and USEA have transitioned the SECI Project to the purview of ENTSO-E, we remain firmly committed to energy security development assistance objectives we share with our partners in Southeast Europe.  We look forward to fruitful cooperation with the region’s power sector institutions as we pursue these objectives together.