The United States is endowed with extraordinary riches: our nation holds more than a quarter of the world's coal reserves. Regrettably, this wealth is severely undervalued. Although coal has catalyzed industrial development in the 19th and early 20th century as a ready source of energy, chemicals, and materials, over the past decades its crucial role has been forgotten, and the coal became essentially synonymous with production of low-cost electricity. The path to realization of coal's true value lies in the development of new technologies. Clean and efficient coal conversion to value-added fuels, chemicals, and advanced materials will open vast new markets to the coal industry.

Conversion processes of the past were hindered by inefficiencies, vast capital costs, high environmental impact, and, as a result, by non-competitive costs of production. The new modern, state-of-the-art technologies will enable cost-effective, small-scale, clean, efficient conversion directly at mine sites. Importantly, deployment of these technologies will have a direct and rapid impact on job creation and economic development in the rural communities most affected by the downturn in the coal industry.

H Quest’s Wave Liquefaction™ technology is one such transformational process. Wave Liquefaction™ technology was invented in 2009-2010 at the Department of Energy’s Pacific Northwest National Laboratory (DOE PNNL) in response to the Defense Advanced Research Projects Agency (DARPA) program. Wave Liquefaction™ can convert a wide range of domestic coals, producing 3 barrels of liquid products per ton of coal. Break-even costs for coal-derived synthetic crude lie in the $30-$45/barrel range depending on the coal and site specifics. Conversion reactors are small, modular and are electrically driven: unlike conversion processes of the past, Wave Liquefaction™ has no CO2 emissions or fresh water consumption, enabling deployment of small-scale processing plants directly at the existing mines.

Additionally, the liquid products can be hydrogenated through direct incorporation of natural gas, without the need for steam-methane reforming, essentially implementing a gas-to-liquid technology. H Quest is also developing innovative processes for the direct conversion of natural gas into chemicals and advanced carbon materials. 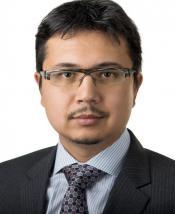