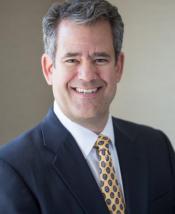 Chet Thompson is president of the American Fuel & Petrochemical Manufacturers (AFPM), the trade association representing over 400 companies that encompass virtually all U.S. refining and petrochemical manufacturing capacity. He became president of AFPM in May 2015. Thompson leads a staff that advocates for petroleum refiners and petrochemical manufacturers before Congress and the Executive Branch on a broad range of public policy issues. AFPM, under his leadership, works to emphasize the importance of petroleum refiners and petrochemical manufacturers and their positive impact on U.S. manufacturing, jobs growth, energy independence, and national security. Before coming to AFPM, he had a successful legal career in Washington, D.C. for over two decades. Most recently he was a partner at Crowell & Moring LLP, where he was chairman of the Environment & Natural Resources Group, one of the country’s premier environmental practices. He previously served as deputy general counsel at the Environmental Protection Agency (EPA) during the George W. Bush Administration where he provided legal advice to the agency’s administrator, general counsel and program offices. Before joining EPA in 2004, he spent 10 years at Collier Shannon Scott PLLC. Since joining AFPM, Chet has been named to the U.S. Chamber’s Association Committee of 100, which is committed to advancing jobs, growth, and opportunity that help our nation prosper; and The Economic Club of Washington, D.C., which serves to promote a greater sense of community among the region’s top business and government leaders, and the diplomatic community. In October 2015 The Hill named him as one of Washington’s Top Lobbyists. He has also been recognized as one of the leading lawyers in the United States by Chambers & Partners, and was awarded a Certificate of Accommodation by the U.S. Department of Justice in 2006. Thompson holds a B.A. in Political Science from Boston College and a J.D. from the Catholic University Columbus School of Law. He and his family reside in Potomac, Maryland.