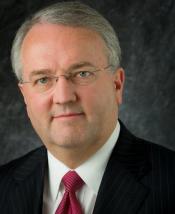 Jack N. Gerard is president and CEO of the American Petroleum Institute, the national trade association that represents all aspects of America’s oil and natural gas industry.

Mr. Gerard has led API since November 2008, expanding its membership and influence in all 50 states and globally, with offices in Dubai, Singapore, Beijing, and Rio de Janeiro. API's Washington presence is the foundation for the oil and natural gas industry's advocacy and outreach at state, federal and global levels on public policy, standards and certification programs, and as the source for information on industry best practices. Currently, API’s mobilization program is a more than 40 million strong advocacy nationwide network that can mobilize supporters in all 50 states and in 435 congressional districts.

As the industry's national trade association, API has more than 625 members. They range from the largest major oil company to the smallest of independents and represent all segments of the industry.

Mr. Gerard is recognized by numerous publications and his peers as one of Washington's most influential advocates, including Washington Life magazine, which named him one of the city's "Power 100."

Prior to joining API, Mr. Gerard served as president and CEO of the American Chemistry Council, and earlier held the same position at the National Mining Association. Mr. Gerard also spent close to a decade working in the U.S. Senate and House. He came to Washington in 1981, and worked for Rep. George Hansen. He also worked for Sen. James A. McClure, who chaired the U.S. Senate Energy and Natural Resources Committee.

He serves on the Advisory Board and is a past chairman of the National Capital Area Council - Boy Scouts of America, is a board member and former co-chair of The George Washington University’s Graduate School of Political Management, and is chairman of the board of directors for the Congressional Coalition on Adoption Institute.

Mr. Gerard was born and grew up in Idaho. He holds a bachelor’s degree in political science and a juris doctor from George Washington University. Mr. Gerard lives in Virginia with his wife, Claudette. They have eight children, including twin boys the family adopted from Guatemala.